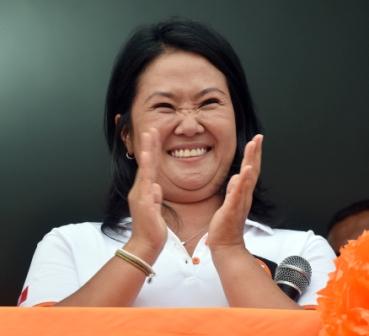 The disqualification of two presidential candidates just one month prior to the general elections in Perú has sparked uncertainty for the electorate, as well as for the remaining candidates.

The elections will be held April 10.

The national elections jury (JNE) ruled unanimously on Wednesday that APP candidate Cesar Acuña can no longer run for president due to accusations of handing out donations in a public market last month. Even more controversially, JNE also excluded Todos Por el Perú (TPP) candidate Julio Guzmán in a 3:2 vote for breaches of internal party rules.

A mission of election observers from the Organization of American States (OAS) expressed in a release "their concerns over the time limit allowed by the law to disqualify a candidacy."

Fujimori is leading the race with 34% against 14% for Kuczynski, according to a poll by Datum quoted by local paper El Comercio.

Before Guzmán's exit, Fujimori was ahead with 34.6%, followed by Guzmán and Kuczynski with 16.6% and 6.9%, respectively.

Fujimori's bid for the presidency is now also at risk, as she is accused of handing out donations exceeding the legal limit, according to paper Peru21.

A rally was organized for Friday in the capital Lima to demand Fujimori's exclusion from the election.

Regarding the exchange rate, Peru is one of the few countries where the local currency has performed well against the dollar.

Legal uncertainty is especially high for binational projects, a webinar was told.

The challenges of Perumin amidst social conflicts and the global slowdown

The importance of multi-stakeholder dialogue for the Peruvian mining sector

Want to read more information about Maximum uncertainty ahead of Peru's April elections?