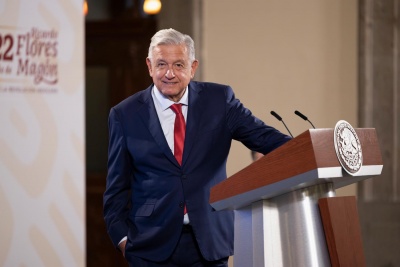 Mexican President Andrés Manuel López Obrador (AMLO) is considering imposing tougher regulations on mining – including formalizing a freeze on new concessions – in the wake of a deadly coal mining accident.

Ten workers were trapped by flooding at the Pinabete artisanal underground coal mine in Coahuila state on August 3, sparking round-the-clock rescue efforts.

But authorities have now given up hope of finding the workers alive, with work focused on an 11-month plan to retrieve their bodies.

Families of the trapped workers have rejected the proposal as too slow, while the government has also drawn criticism for a decision to favor coal sourced from the smallest producers – some of which lack even basic security equipment or procedures – to supply state power utility CFE.

While Pinabete was operated illegally – with a judge issuing warrants for the arrest of its owner and two others accused of illegal exploitation – AMLO confirmed he is mulling an overhaul of safety regulations in the industry, and further restrictions on concessions.

Asked if he is considering possible reforms to the mining code following the accident, AMLO told a press conference: “Yes, it is likely.”

These changes could include tougher safety regulations and restrictions on new concessions, he said.

“Maybe this would merit … ultimately a proposal so that no more concessions are awarded, and also that mining is regulated in the concessions already awarded,” he added.

“[Mining] is already regulated, but that could be stricter, to protect the workers. That could happen.”

Mexico has a long track record of coal mining accidents, including at the Pasta de Conchos mine, where 65 miners died in one of the country’s worst mining disasters in 2006.

Early in his presidency, AMLO pledged to recover the bodies which remain underground at the mine, which was operated by Grupo México, but this has yet to happen.

The president also promised to investigate health and safety conditions in the country’s coal mines following a deadly collapse at the Micarán underground mine in Coahuila state last year.

Seven miners died after a flood and tunnel collapse at the mine, which was owned by a local private company, in June 2021.

Despite AMLO’s call for a possible overhaul of regulations, mining organizations have defended the industry’s security record.

Mining chamber Camimex said on Twitter last month that the accident rate among its member companies was 1.01 last year, below the national cross-sector average of 1.43.

Following the Pinabete accident, Camimex offered help with the rescue work, while distancing itself from the incident, saying the operators of the mine were not members.

But the chamber reaffirmed its commitment to improving safety practices.

The government has already imposed a freeze on new mineral concessions, with the AMLO claiming that swathes of the country were handed out to mining companies too easily by previous governments.

But his comments suggest this temporary halt could be made permanent through new legislative amendments.

While many companies have already established their concessions – and AMLO again pledged that existing contracts will be respected – a longer-term freeze on new ones would pose a threat to the future of the industry.

“The moratorium is manageable over a period of six years, or one federal administration term, but if it goes to 12 years, or 18 years, it’s suicide,” Alfonso Martínez, director of exploration at Grupo México, told a seminar in May.

“It’s suicide because we will stop generating [new projects].”