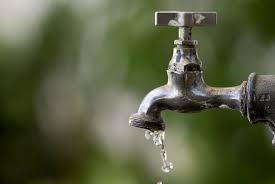 Mexican water authority Conagua will relaunch a tender this year or directly award a contract to build two gravity flow lines in Lerdo municipality, Durango state, following the cancellation of a recent bidding process for the contract.

The works form part of the 10bn-peso (US$500mn) Agua Saludable para La Laguna (healthy water for La Laguna) project, which is intended to supply arsenic-free water to the Comarca Lagunera urban area in Durango and Coahuila states in northern Mexico.

On Wednesday, the authority cancelled the tender that was launched on March 22 because none of the 13 offers it received in April were “solvent,” according to a notice published on procurement site Compranet on Thursday.

The bids ranged from 657mn pesos to 884mn pesos without taxes.

The authority will likely relaunch the tender unless it can reach an agreement with one of the bidders whose proposal was within the government's budget for the works. Under procurement law, authorities can award a contract directly after a bidding process is declared void.

The Agua Saludable para la Laguna involves six main projects, of which the water authority has awarded two, including a conventional coagulation treatment plant with capacity to produce 6.34m3/s of potable water, awarded this month to a consortium led by Regiomontana de Construcción y Servicios (Recsa) for 1.6bn pesos, and a diversion dam over the Nazas river, which was awarded in June to Sagar Construcciones for 50mn pesos.