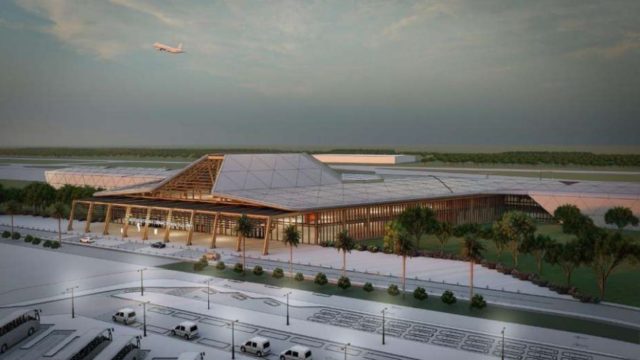 Despite a leaked report in which the feasibility of the under-construction 15.5bn-peso (US$770mn) Tulum airport in Mexico’s Quintana Roo state was questioned, two business groups have indicated the private sector is interested in the project.

Local news site Novedades Quintana Roo reported Wednesday that multisector business association Coparmex is backing the project as it could boost tourism on the Maya Riviera, even though the federal government has not included the participation of private companies in it.

“From Playa [del Carmen] to Cancún airport it’s 60km, to Tulum it will be 20km… in the case of Cancún, which is an airport at overcapacity, then logically, the one in Tulum will help prevent that and allow more flights,” Coparmex Maya Riviera president Marc Pujol Folch reportedly said.

The defense ministry (Sedena) was assigned the construction of the airport at the Tulum military airbase, mimicking the construction of the Felipe Ángeles international airport (AIFA) that was opened in March to serve Mexico City. At the beginning of October, hacking-activist group Guacamaya managed to infiltrate the systems of the armed forces and extract millions of emails.

Among these is a report from the International Air Transport Association (IATA) that warned Sedena that construction of the new airport was not as attractive as Cancún international airport given its lower offer in hotel rooms and public infrastructure such as highways. 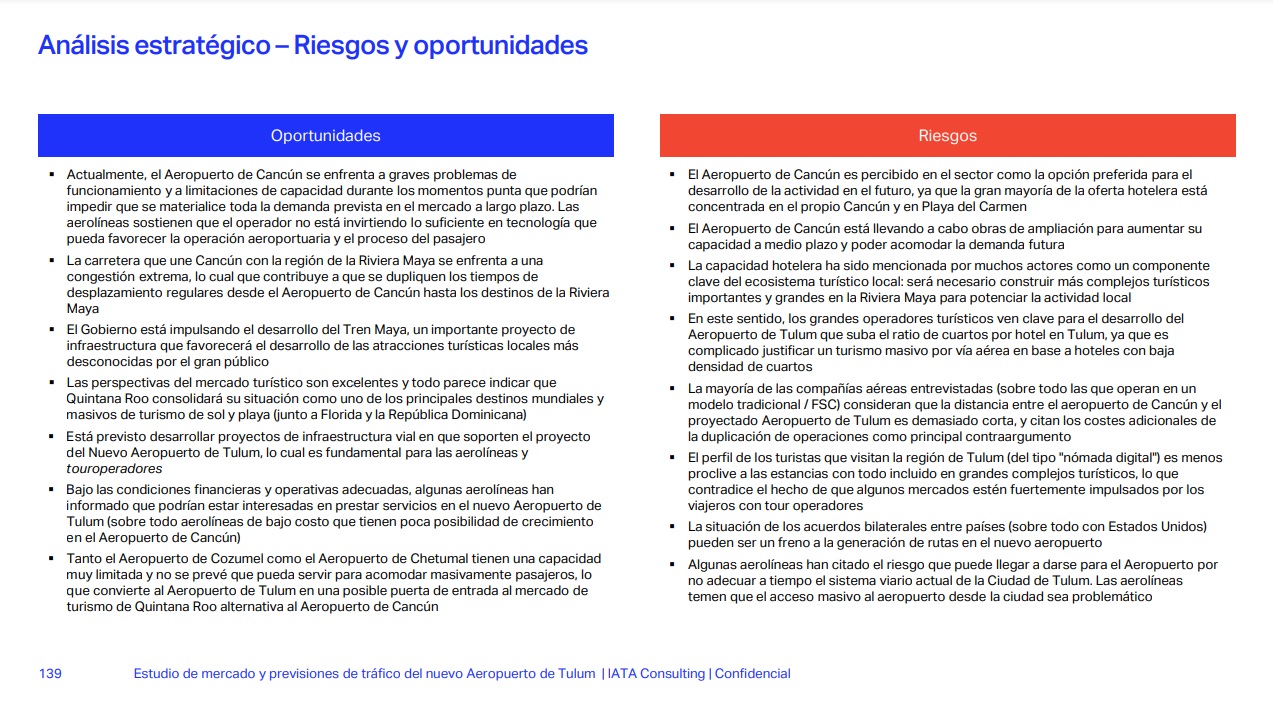 However, Forbes Mexico reported Monday that a market study from IATA, which it had access to, shows low-cost airlines from the US and Canada see the Tulum project as a potential source of opportunities.

“Low-cost airlines (Southwest, Spirit, Frontier, Jetblue, Alaska Airlines, Volaris and VivaAerobus) show an interest in the new Tulum airport and are willing to operate from it with lower rates than in Cancún, slot flexibility, airport expansion flexibility and ease of operation,” the report says.

Given that the works are being led by the armed forces, there is little or no transparency regarding progress, which has so far not included any participation of the private sector.

Although several reports suggested last month that works were stopped due to a lack of financing, local news site Quadratin Quintana Roo said Thursday that construction was moving forward.