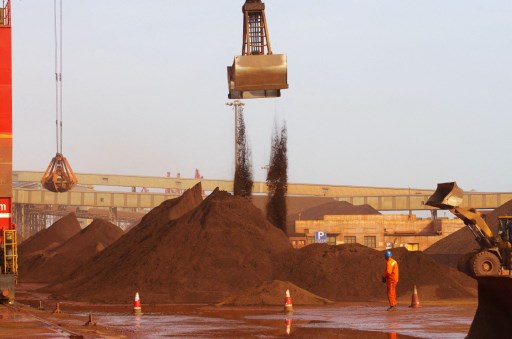 The Brazilian mining segment is seeing the emergence of a new player, which has the potential to become an important industry participant in the coming years.

Business conglomerate J&F agreed to acquire the iron ore, manganese and logistics assets that form the midwestern system of mining group Vale in a deal worth US$1.2bn.

Vale's midwestern system is located in Mato Grosso do Sul state and it produced a total of 2.7Mt of iron ore and 200,000t of manganese ore last year, contributing US$110mn to the company's adjusted Ebitda.

For Vale, the deal is part of its strategy to concentrate its focus on larger operations in other regions of the country, but for J&F it marks its debut in the sector.

"This deal has attracted a lot of attention because it's the purchase of an asset that's in operation, so it's a new company that is entering the sector already producing," Valdir Farias, executive director at Brazilian mining consultancy Fioito, told BNamericas.

The conglomerate is owned by the brothers Joesley Batista and Wesley Batista, who were previously embroiled in the Lava Jato graft probe, along with many other top businesspeople in Brazil.

The two were sent to jail after lifting the lid on a network of corruption involving companies making payments to hundreds of politicians. Both are now free, but were forced to step back from the group's day-to-day operations.

J&F's move is part of trend of new participants in the mining sector.

"There are important factors that have attracted new investors to the [Brazilian] mining sector in recent years. One is the creation of the Brazilian national mining agency in 2017, which was established in 2018 and has been working to align local practices and regulations with global market practices. The other factor is the increase in commodity prices, which generates more appeal for the segment," Maria Isabel Amato Felippe da Silva, a lawyer specializing in the mining sector at law firm Tauil & Chequer in association with Mayer Brown, told BNamericas.

Last year, Brazilian heavyweight energy and logistics conglomerate Cosan created a joint venture with a focus on iron ore activities called JV Mineração. This is a JV between Cosan and Paulo Brito, founder and controlling shareholder of gold and copper producer Aura Minerals, but the JV has no links to Aura's operations.

Commodities prices have been rising since the start of pandemic and now due to the effects of the war in Ukraine.

This week, Moody's raised its near-term price assumptions for various metals and mining in general to reflect the heightened volatility in the markets as the Russia-Ukraine crisis tightens commodity supplies.

"Some base metals prices, including aluminum and nickel, approached record highs in the first quarter of 2022, while copper and zinc prices have remained high," said Moody's Investors Service senior vice president Barbara Mattos in a press release. "Supply-demand balances for these commodities were already tight even before the military conflict erupted, resulting in higher prices," she added.

Overall, metals and mining companies will benefit from high commodity prices and sustain profitability above historical levels in 2022, the ratings agency underlined.

There are more than 30 early-stage projects that require financing worth around US$350mn.