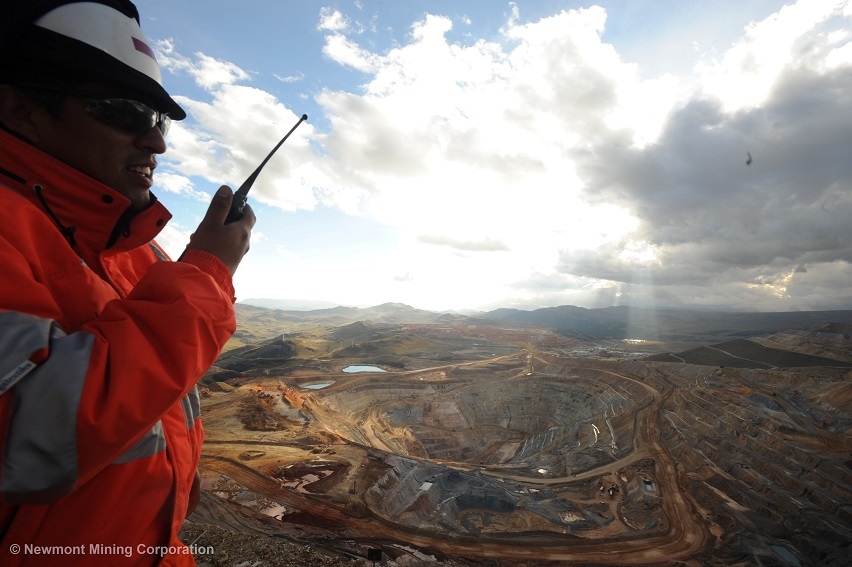 Newmont Mining will eclipse Barrick Gold as the world's biggest gold producer with its US$10bn acquisition of Goldcorp.

But CEO Gary Goldberg signalled a disciplined approach to the merged business' mammoth portfolio, with US$1-1.5bn of asset sales planned over two years.

The combined business, Newmont Goldcorp, will control assets producing around 7.5Moz/y gold, based on Goldcorp's 2018 output of 2.29Moz and Newmont's 2019 guidance of 5.2Moz (the company has not reported 2018 output).

But Goldberg plans to reduce Newmont Goldcorp's annual production to 6-7Moz, in part through asset sales.

The CEO said no decisions have yet been made about which properties to sell.

"What we are doing is going through a process...looking at whether we can improve the value or reduce the risk on assets, and then make a decision as to which assets we would continue to operate or not," Goldberg told a call to discuss the transaction.

The process will cover both producing assets and projects. Key factors to be taken into account include cash costs and longevity, while projects must meet a minimum 15% IRR, Goldberg added.

The merged business' Latin American assets are responsible for around 25% of total production, and rank among its lowest costs producers.

Newmont expects to produce around 650,000oz gold at its Latin American assets (Yanacocha in Peru, pictured, and Merian in Suriname) in 2019, reflecting about 12.5% of guidance.

Meanwhile, Goldcorp's main Latin American mines (Peñasquito in Mexico, Cerro Negro in Argentina and a 40% stake in Pueblo Viejo in the Dominican Republic) were forecast to produce around 1.2Moz gold this year, based on original guidance.

The Latin American mines are among Goldcorp's lowest cost producers. AISCs in 2Q18 were US$132/oz at Peñasquito and around US$600/oz at Cerro Negro and Pueblo Viejo.

Along with creating the world's largest gold producer and up to US$100mn in annual efficiencies, the Goldcorp acquisition will also deliver an industry leading portfolio of global projects, including in Latin America.

"This [merger] is a unique opportunity to create the leading gold company with all the technical and financial firepower we need to advance that robust project pipeline on a combined basis," Goldcorp CEO David Garofalo told the call.

Goldcorp completed its US$420mn pyrite leach project at Peñasquito in 2018, while Newmont expects commercial production from its Quecher Main oxide project at Yanacocha in 2H19.

Looking further ahead, a string of Latin America projects will be vying for funding, including Goldcorp's Norte Abierto and Nueva Unión JVs in Chile, Newmont's Yanacocha sulfides and Chaquicocha oxides projects in Peru, along with expansions at Pueblo Viejo and Cerro Negro.

But these projects may have to follow significant investments in more advanced assets in Canada, Ghana and Australia.

The deal, which requires approval by both sets of shareholders, is expected to close in Q2.

Although Chinese and Chilean miners are seeking to increase cooperation, economic growth of 4.3% in China, as projected by the World Bank, might no...