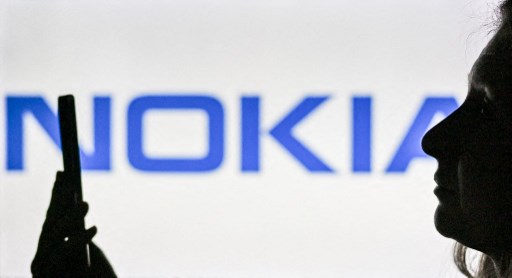 Nokia is further expanding its footprint in private networks in Latin America, with new contracts for the deployment of dedicated wireless connectivity inked with a major natural gas distributor and port terminals in Brazil, according to Nokia Latin America’s CTO, Wilson Cardoso.

The company also expanded its activities in the mining segment, taking its total private network portfolio in Latin American mining to 14 projects, Cardoso said on the sidelines of the Furukawa LatAm Summit, being held this week in Atibaia, São Paulo.

With respect to the project with the gas distributor, SC CapRock was responsible for network deployment. The integrator just completed the rollout of a mission-critical private 4G LTE network, using Nokia’s Digital Automation Cloud (DAC) platform, across four natural gas plants and associated wells for an energy producer in Brazil’s northeast region, whose name was not made public.

“We see two major perspectives in this energy segment. One is to automate oil platforms, for example Petrobras and other large oil companies, and another great front is green hydrogen in the northeast. That's what this agreement is about,” Cardoso told BNamericas.

National oil company Petrobras has a project to implement private 5G networks on all its platforms in the Campos and Santos basins using Telefônica's network, although the network provider was not disclosed.

The gas project involves providing high-quality voice and video connectivity to onsite workers and is reportedly the first implementation of this technology by an energy company with onshore production in Brazil.

Meanwhile, smartphones will offer push-to-talk and push-to-video communications to enable instant connectivity and sharing of video between workers to improve collaboration and facilitate rapid problem resolution, SC CapRock said in a statement.

In addition to the systems integration, SC CapRock was responsible for the regulatory approval of the network and will be providing 24/7 customer support.

“In addition to voice and video, we aim to carry telemetry data for wells, providing a video-based AI application to detect unauthorized access to wells in remote locations, movement tracking of workers and health and safety wearable equipment,” said Gustavo Sant'Anna, country manager of SC CapRock in Brazil, in the statement.

In all of these cases, the private network solution being implemented builds on the company's DAC solution. Both use 4G LTE, but have already been migrated to 5G.

In addition to the projects in the Brazilian ports, Nokia is rolling out its DAC suite for private networks and edge computing in ports in Progreso, Mexico and in Peru.

Mexican container terminal APM Terminals Yucatán, which operates in Progreso port, went live recently with an industrial wireless network that has antennas and systems provided by Nokia and a 4.9G LTE radiofrequency provided by AT&T México.

Five sites (antennas and related equipment) were installed to cover APM’s terminal area, which spans 11.5ha. The financial terms of the contract were not disclosed

“For now, there is no formal agreement for evolution to 5G, but DAC is ready for that,” Nokia’s head of sales for digital industries in Latin America, Renato Bueno, previously told BNamericas about the Mexican deal.

Mining is another major enterprise segment for Nokia, and perhaps one of the most promising.

The company now has 14 private network projects in development at mining sites in Latin America, which represents over 80% of that market, according to Cardoso.

The newest of these projects was closed with a major Mexican miner.

Nokia also has business with the miners Vale (Brazil) and Las Bambas (Peru), both via Telefónica.

Most of the company’s private networks are developed in partnership with telecom operators, rather than directly with the enterprise for which the network is intended. Telefónica is the firm's main partner for these initiatives.