Oracle CEO: "No economic downturn will change our LatAm strategy" 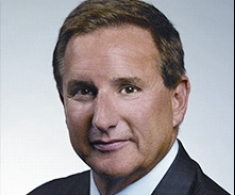 IT giant Oracle will not change its strategy or hold back on investments in Latin America irrespective of any economic downturn that might be affecting the region, CEO Mark Hurd said.

"No economic downturn here and there will change our opinion and strategy in the region, unless there's something materially more important than that," Hurd said in response to a BNamericas question during a press conference in São Paulo.

According to Hurd, Oracle has been doing "fantastic" in the region in recent years mostly because of the investments made locally, citing specifically gains in market share in the segments of hardware, database, middleware and, most recently, applications.

Despite what some think, not all periods of economic downturn or volatility mean investments should be halted, he said. Instead, Hurd defended macroeconomic-like countercyclical approaches.

As an example, the CEO recalled that he was described as "crazy" a couple of years ago when he decided to keep investing in Europe amidst an economic depression – from which many countries are still struggling to bounce back.

"What happened next? We grew. And we grew because we put in more resources, we got into more details, we went to see more customers. So, sometimes, when a market is not doing well it doesn't mean the bright strategy is to disinvest."

On the launch of the company's first Latin American datacenter, being built in Brazil, Hurd said the latest forecast is for an early 2015 opening but did not provide further details.

The facility was initially expected to be opened in H1 this year, but was postponed to 2015.

This partnership is connecting more than 350 customers in Ascenty's data centers that serve content providers, e-commerce and public cloud processi...

José María Álvarez-Pallete is re-elected as director of Telefónica by 84.6% of the shareholders

Want to read more information about Oracle CEO: "No economic downturn will change our LatAm strategy"?