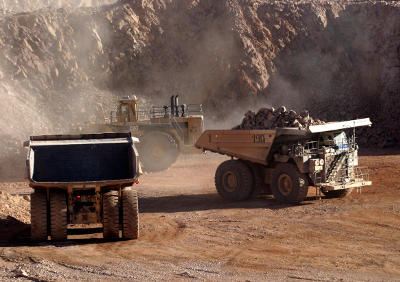 Pan American Silver and MacMillan Minerals reached an agreement with Maverix Metals to launch the latter as a new royalty and streaming company.

Under the deal, Canada-based MacMillan will acquire all issued and outstanding securities of Maverix and a package of 13 royalties and precious metal streams from Pan American.

On closing, MacMillan will be renamed Maverix Metals. Daniel O'Flaherty will be appointed CEO of the merged business with former Pan American CEO Geoff Burns as chairman.

Under the arrangement, MacMillan will issue about 43mn post-consolidation common shares to Pan American and 33.1mn to Maverix.

After completion, Pan American will hold a 54% interest in Maverix, with Maverix's current shareholders holding 41% and MacMillan's shareholders the remaining 5%.

"This transaction represents an attractive opportunity for Pan American to unlock value for a group of its assets that have gone largely unrecognized by the market as a number of them are not in production and are widely dispersed in our company," Pan American CEO Michael Steinmann said.

The royalties and streams to be transferred to Maverix relate to assets in Mexico, Peru, Argentina and Canada.

The key assets include a gold stream from Pan American's La Colorada silver mine and a 1.5% net smelter return (NSR) royalty on all metal sales from the Taviche Oeste concession at Fortuna Silver's San José mine, both in Mexico.

Other royalties include a 3% NSR on Atlantic Gold's Moose River project in Canada and a 1% royalty on metal production from the Shalipayco zinc JV in Peru.

The US climate law, known as the Inflation Reduction Act, focuses on local production and imports from countries with FTAs.