PayPal sees Brazil’s instant payment system as a complement, not a threat 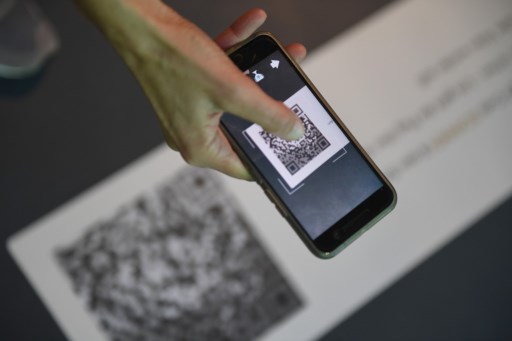 Brazil’s impending instant payment system, PIX, is another payment option and a driver for e-money inclusion, rather than a new competing channel, according to US online payments company PayPal.

“I support and really like the PIX initiative. We’re working to offer PIX on our platform. I think that all forms of payments will coexist,” Carlos Nomura, head of payments at PayPal Brazil, said in a press conference on Thursday, replying to a BNamericas question.

The company is currently registering with the system, which is managed and operated by the central bank, to offer it as payment alternative in its e-wallets.

PIX goes live on November 3 and all banks and fintechs with more than 500,000 active accounts are required to adapt to it by that date in order to offer the service.

PIX will be an alternative to bank transfers based on TED and DOC and payments via barcode, and credit and debit cards. It will offer immediate settlement (in up to 10 seconds) and operate 24 hours a day, seven days a week.

It requires few clicks and mainly works via mobile phones, through QR code.

In an interview with BNamericas last month, PayPal CEO for Latin America, Federico Schumacher, said any initiative aimed at bringing more people into the electronic payment world was positive.

“The traditional ways to pay for services is via credit card, debit card, bank account and one can use all that for electronic transactions. But that usually tends to be the segment of the population that has consistently used bank accounts. That’s good, but the challenge remains to include more consumers into financial services and into e-money,” Schumacher said.

“Our view when it comes down to these new regulations is very positive because we believe that they’ll help drive financial inclusion. PIX is similar to systems we’ve seen in other markets, such as UPI in India, CODI in Mexico. This is a global trend. It’s a component for our business to be able to grow.”

PayPal has embarked on a major expansion of its services in Brazil.

In 2019, the company obtained authorization from the central bank to function as a payment account.

This means the company can enable payment of bills, withdrawals and top-ups, among other services similar to a traditional bank account.

The company has similar permits in 25 other markets, to operate what Schumacher calls e-money.

As part of the process, the company launched on Thursday the debit card payment functionality for online purchases in Brazil. Customers can register their debit card data in PayPal's digital account and use it as a purchase option.

In 2019, debit card transactions amounted to 664bn reais (US$125bn), up from 575bn reais in 2018, according to data from cards and e-payments association Abecs. Credit card transactions, in turn, were 1.15tn reais, compared to 965bn reais the year before.

But while remote purchases (such as e-commerce) accounted for 29% of the credit card volume in the period, it was less than 7% for debit cards.

PayPal's debit functionality was launched in Brazil about four years after the option was made available in Mexico, and two months before PIX goes live.

Nomura argued it was necessary to conduct a broader market study and to ensure anti-fraud measures before launching the service in the country.

The executive referred to a survey by Mastercard according to which, for retailers, the use of debit cards in e-commerce represents a purchase conversion rate 18% greater than with other electronic payment forms, while generating 30% higher purchase volumes.

According to Nomura, 58mn Brazilians have debit cards.

"There is potential therefore to bring 58mn people to use debt cards in e-commerce," he said, adding that 60% of credit cards in Brazil have relatively low limits of up to 1,000 reais.

Initially, the service is enabled for seven card issuers: Itau Unibanco, Bradesco, Next, Nubank, C6, Inter and Caixa, which according to the executive already cover more than 70% of the market.

The company plans to add other issuers in the coming months.

The debit card mechanism works only for local purchases, not international ones, and so is not related to the international partnership PayPal has with MercadoPago, MercadoLibre's payment service.

PayPal reports 346mn active users worldwide, 4.3mn of whom are in Brazil.

Want to read more information about PayPal sees Brazil’s instant payment system as a complement, not a threat?