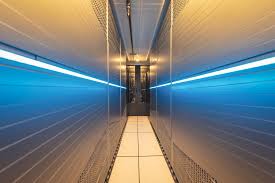 Petrobras has received the parts for its Dragão high-performance computer, the Brazilian oil company said in a press release.

With 100TB of RAM and a 100Gb/s network, Dragão will have a geophysical processing capacity superior to that of Petrobras’ Atlas and Fenix supercomputers combined, which so far were Latin America’s most powerful computers.

Dragão will meet demands of strategic programs like EXP100, designed to reach 100% success in exploration undertakings, and PROD100, whose goal is to enable first oil production within 1,000 days from the discovery of fields.

Petrobras said in the press release on Monday that it will use in-house developed geophysical and system algorithms, allowing the generation of subsurface images with higher resolution.

The company’s digital transformation and innovation director Nicholas Simone told BNamericas the combination of supercomputing with artificial intelligence in geological processing can reduce by 80% the time needed for simulation, modeling and data analysis and consumption.

“We are heavily investing in supercomputers because this brings important gains for us. In 2018, we had 3 petaflops [of processing capacity]. In 2019, [we had] 10 petaflops. Now we are ending this year with 21 petaflops, and the target is to reach 72 petaflops and about 110 petaflops by the end of 2021 and 2022, respectively,” he said.

Assembling Dragão could take up to three months and full operation startup is scheduled for the second half of 2021.

The Brazilian state-run firm’s plan is to start work between April and June 2024.