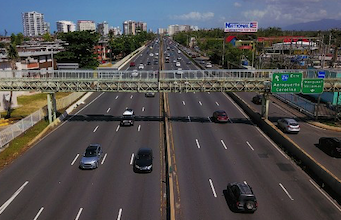 Puerto Rico’s Autoexpreso toll collection system was brought down in a cyberattack.

Local media reported Tuesday that the attacks started during the weekend and affected a mobile application, the collection systems at toll plazas, and a website. The system is managed by private company PAM.

The website is functioning again, but users are still reporting service irregularities. It is unclear when the system will be fully functional again.

The FBI is investigating the attack, which officials suspect could be related to the war in Ukraine, according to a Swiss media report.

At a press conference, the deputy director of innovation and technology service Prits, Nannette Martínez, said the transportation and public works department stepped in to handle procedures that rely on Autoexpreso data, like driving license renewals.

The head of highway authority ACT, Edwin González Montalvo, was quoted as saying by local media that the attack used ransomware, and that PAM’s system, created in 2000, is highly vulnerable.

In the past, the website of Puerto Rico’s senate, its internet provider and phone systems were targeted, while the local electricity provider and the fire department also suffered ransomware attacks.

Other companies in: Infrastructure (Puerto Rico)