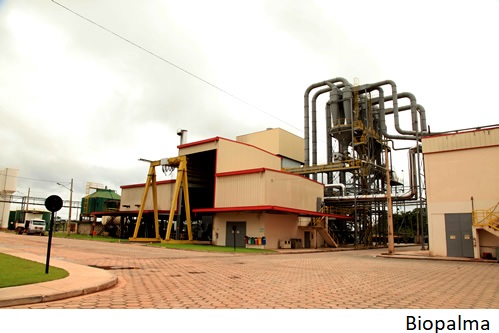 Brazil’s antitrust regulator Cade has given the green light to metals and mining group Vale to sell Biopalma da Amazônia, the largest producer of palm oil in the country, to Brasil Bio Fuels (BBF).

The deal was announced in September and was being challenged by companies interested in the asset.

Vale acquired Biopalma da Amazônia in 2011. The group planned to use the palm oil produced to make B20 admixture, a blend of 20% biodiesel and 80% regular diesel.

The idea was to use this fuel to power Vale's locomotives, heavy-duty machinery and equipment, Vale said in a statement at the time.

As Vale has progressed with its divestment plan in recent years, with the goal of focusing on activities more related to its core business, the company decided to put Biopalma up for sale.

The terms of the deal with BBF are confidential, but market rumors are that the sale of Biopalma was closed for a symbolic price of 1 real. Vale paid US$174mn for Biopalma nine years ago.

Market speculation is also that Vale received other offers of up to 75mn reais, but nonetheless held exclusive negotiations with BBF, which is based in Roraima and operates with biofuels in the north of Brazil.

Partly because of that, Marborges Agroindústrias, which operates in Pará state, filed a precautionary legal action on Tuesday seeking to block the sale and asking for access to documents regarding the transaction.

The company claimed to have been ignored in the sale process and treated unfairly. Cade, however, appears to have dismissed those claims.

According to Abrapalma, the local industry association, Brazil is the ninth largest producer of palm oil in the world, with annual output currently estimated at almost 400,000t, mostly in Pará state.

Indonesia and Malaysia are responsible for 85% of world palm oil production, followed by Thailand, Colombia and Nigeria.

Abrapalma says that national production is unable to supply domestic demand, which is around 500,000t/y, meaning that Brazil imports approximately 200,000t/y.

The first oil extraction unit was opened in 2012 in Moju, with a capacity of 120t per hour of fresh fruit, which the company said represents production of 25t of oil per hour.

Another unit went into operation in 2014 in Acará, with processing capacity of up to 1,500t/y of fresh fruit per year, producing 330,000t/y of oil, Biopalma reports.

The miner expects Brazilian authorities to issue the license by end-March.

The miner's base metals unit could become even bigger than its core iron ore business.

AngloGold Ashanti in talks to sell Brazil mine