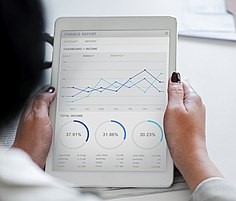 According to an analysis by consultancy and research firm Teleco, Brazil's ISP Desktop led the market in net revenue growth in Q3, up 99% year-over-year, followed by Vero (up 82%), Unifique (47%) and Brisanet (34%).

Teleco put year-over-year growth in total net revenue from telecom services in Brazil at 6.4% in Q3, and 17.3% from the so-called competitive operators (non-nationwide carriers and ISPs).

In total, that means net revenue of 40.6bn reais (US$7.54bn) in the quarter from the general market, and 7.4bn reais from the six ‘competitive telcos’: Algar, Brisanet, Desktop, Vero, Unifique and Alares.

Both for competitive telcos, and especially the large local incumbents, this revenue growth has been mainly inorganic. In the case of the former, it comes largely from the acquisition of smaller ISPs, whereas in the case of large telcos it follows their purchase of Oi's mobile operation.

Eduardo Tude, head of Teleco, told BNamericas he does not believe, however, that this represents the beginning of an organic slowdown in market share growth of the smaller operators, nor of a substantial slowing for the incumbents.

Teleco estimates net mobile service revenues in Q3 at 19.8bn reais, up 7.9% year-over-year, and net revenue from fixed services at 20.8bn reais, up 4.4%, with 18% coming from competitive telcos.

In fixed services, Telefônica Brasil and Oi are neck-and-neck in second place, despite, like Sky, losing market share in the period.

In pay TV, Claro continued to lose market share in Q3 to Sky and Oi.

The segment saw net revenues of 3.9bn reais in the quarter, down 8.9% year-over-year, according to Teleco's estimates.

Brazil's national oil company launched a tender for contracting a platform to carry out online tests for its employees.

More than one year after concluding the 5G spectrum auction and five months after the activation of the prime 5G service in Brasília, over 7,300 5G...