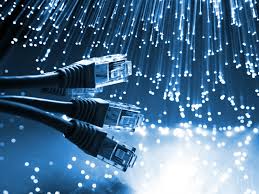 Liberty Latin America (LLA) is increasing investments in Jamaica, its fifth biggest revenue-generating market, where it operates under the Flow brand, owned by its subsidiary Cable & Wireless.

In September, Jamaica represented the fifth largest business for the LLA group in sales terms, after Puerto Rico, Chile, Panama and Costa Rica, and the largest within the C&W operations.

Liberty Latin America reported Jamaican sales of US$109mn in Q3 and US$319mn in the first nine months of the year, up from US$101mn and US$297mn in the year-ago periods.

The company has invested US$370mn in expanding and modernizing its infrastructure over the past five years, Flow CEO Stephen Price told local daily Jamaica Gleaner.

According to Price, the investment represents the largest capital injection by any telco or internet service provider into expanding broadband in the country.

Between January and November, the company connected over 200 localities to its fiber network, bringing high-speed broadband to over 50,000 homes. That compares to over 500 localities and 200,000 customers connected in the prior 24 months, according to Price.

As a result of modernization, Flow bolstered download speeds of its fiber plans to up to 1Gbps, with increases between 30% and 300% at no additional cost to subscribers.

"We continue to build momentum following a slow start to the year. Q3 performance was once again driven by Jamaica, where we added 4,000 [revenue generating units] in line with the prior quarter," LLA CEO Balan Nair said in the quarterly earnings call about the C&W operations.

Jamaica was also the largest contributor within C&W in mobile postpaid, with 10,000 adds, “its best ever quarterly performance,” Nair said.

Recently, Flow also started to offer eSIM services for clients in Jamaica. The eSIM card is integrated into the phone by the manufacturer and offers customers greater usability and flexibility, as well as safety and sustainability features.

“We have made significant headway in phase one of the [national broadband initiative], with the expansion of the fiber network through several partnerships. So far, 174 communities across the country have been connected through free public Wi-Fi hotspots,” he said.

With investments of 700mn Jamaican dollars per year, the government expects to equip every primary school classroom with ICT over the next three ye...

An increase in products prices and wealthier consumers also weighed on the result.

Jamaica reaches out to ICT innovators