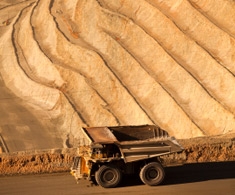 Announced by the Canadian miners earlier in February, the planned US$1.1bn transaction will create a US$3.25bn market cap company with Tahoe's Escobal silver-lead-zinc mine in Guatemala and Rio Alto's La Arena gold-copper mine in Peru, in addition to the latter's Shahuindo gold project in Peru.

While the deal will require the backing of a majority of Tahoe shareholders, Goldcorp - which holds 39% of Tahoe shares - has expressed support, McArthur told the BMO Capital Markets Global Metals & Mining Conference in Hollywood, Florida.

Coupled with shares owned by Tahoe's management and board, 43% of total shares are locked up in support, he added. Given typically low turnout at shareholder votes, the company essentially has over 50% backing and is working with the Toronto stock exchange (TSX) on a way to approve the transaction without the expense of a shareholder vote, McArthur said.

"We have spoken to a number of shareholders about this and we have broad agreement. We are following all TSX rules and expect to have some news, hopefully a positive announcement, in the next week or so," he said.

The deal also requires the two-thirds backing of Rio Alto shares, with a vote planned for late March.

The merger offers Tahoe geographic and multi-mine diversification as well as significant financial firepower and exploration upside, McArthur told the event. "This gives us a platform on which we can grow and compete with other mid-tiers on a financial and operational basis."

Tahoe shareholders will hold 65% and Rio Alto shareholders 35% of the combined business, which will be helmed by Rio Alto CEO Alex Black, with McArthur a president. Tahoe will occupy six seats on the board to Rio Alto's three.

According to the decree, the processes can be rescheduled for a maximum period of 12 months, from presentation of the request.

The conveyor belt will provide an alternative option to supply raw material.

Coimolache looking to expand storage capacity at Peru's Tantahuatay mine