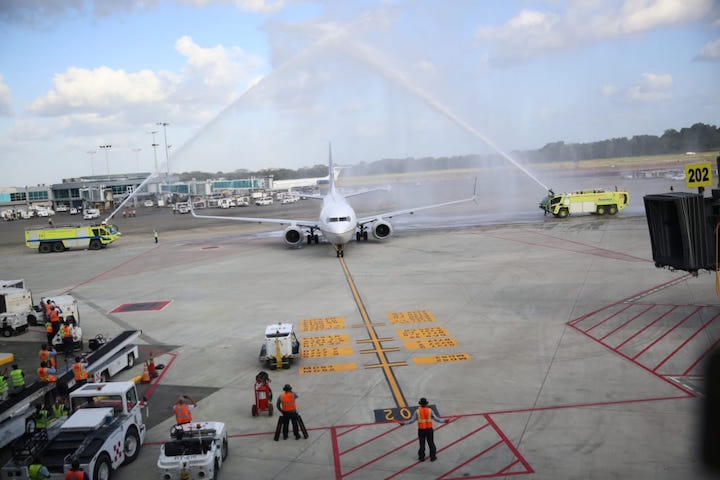 A second terminal at Tocumen international airport, serving Panama City and the main gateway into the country, began partial operations on Monday.

Five of the gates will be operating to serve those attending World Youth Day, a Catholic event taking place in the capital from January 22-27, operator Aeropuerto Internacional de Tocumen said on its Twitter account.

President Juan Carlos Varela visited the airport to tour the new terminal and greet the passengers of the first plane that landed at the facility.

The flight carrying Pope Francis is expected to land at the new terminal on Wednesday.

Construction of the terminal began in 2013 as part of a larger project to expand Tocumen airport, which also includes an access road, a new control tower, eight remote boarding points and a third runway. The 80,000m2 terminal will have 20 boarding gates.

Troubled Brazilian company Odebrecht is in charge of the works, which require US$801mn.

Scheduled to be completed last year, the deadline for the project has been pushed back to April this year due to a strike, among other factors.

Works are 97% complete, the government said in a release.

As part of an effort to welcome the thousands of visitors who are expected to attend World Youth Day, the government partially opened the second line of Panama City's metro system last week, which is also still under construction.

In photo: The first flight landing at the terminal.

The two projects in Panamá Oeste province have a combined budget of US$27mn.

The country's six main construction groups closed the first half with a total portfolio worth US$212bn, including major contracts in Peru, Chile, C...