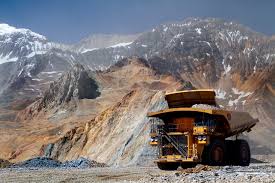 Projects submitted for environmental review in Chile remained flat during February in terms of the number of proposals, but the total related investments tumbled from US$6.01bn in January to US$3.07bn, due largely to a reduction in large-scale energy projects.

Of the 75 environmental impact studies (EIS) and assessments (EIA) accepted for review by evaluation agency SEA during February (compared with 76 during January),40 came from the energy sector, three were for water infrastructure projects and nine were for mining initiatives, documents show.

In energy, the submissions involved investments for just US$476mn, well down compared with the US$5.1bn seen in January.

Some of the largest energy projects were the expansion of the Alto Baguales wind farm (US$30mn) and the Pampa Librillo photovoltaic plant (US$90mn).

In mining, the projects sent for environmental evaluation rose from US$161mn in value to US$1.6bn, mainly thanks to the submission of a US$1bn project to extend the lifespan of the Negreiros iodine and salt operation.

The total estimated investments were down 11% compared with February 2020.

SEA gave final approval for 40 projects worth some US$970mn during February, up from 36 projects in January, although lower in investments terms than the US$1.7bn approved the previous month.

Most approvals came in the energy sector, with 17 projects worth US$525mn being greenlighted, followed by real estate with eight (US$305mn). Mining saw seven projects approved worth a combined US$89mn.

As of the end February, SEA has 569 projects worth nearly US$40bn under review.

In terms of approval times, SEA reported that the current average time required for reviewing EIAs is 75 business days, while in the case of EISs the number climbed to 160.