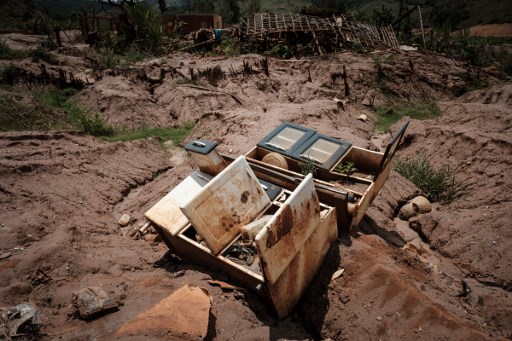 The chairman of the UK's local authority pension fund forum (LAPFF), Doug McMurdo, has started a two-week visit to Brazil to assess the impacts of the devastating collapse of two mine tailings dams in recent years and the measures adopted by companies to remediate the damage.

“This trip is long overdue. I was planning to visit before the Covid pandemic. The upside of the delay is that I have had an extra two years to engage with the communities and companies by video link to understand better what I will see when I am in Brazil," McMurdo, who heads the entity that has assets of more than 350bn pounds (US$424bn), said in a statement.

"Sadly, in many respects, it sounds as though very little progress has been made, for example in the re-building of houses after the Mariana (Fundão) dam collapse. I am keen to see with my own eyes the impact of these disasters on the communities and to take in fully the financial consequences for the companies involved, ultimately shareholders," he added.

Tailings dams are a major headache for miners in Brazil. The first major disaster in the country, in 2015, involved the failure of a dam in Mariana, Minas Gerais state, operated by iron ore pellet maker Samarco, a Vale-BHP joint venture. The second took place in 2019 in Brumadinho at a mine owned by Vale. Together the disasters caused around 300 deaths and had serious environmental ramifications.

McMurdo's visit, during which he will travel to seven of the communities affected, will crank up the pressure on mining firms operating in Brazil at a time in which global investors are paying increasing attention to ESG aspects.

"Currently, to be able to raise funds at reasonable rates, it's mandatory to follow ESG practices. More and more entrepreneurs, businesspeople understand this. Whoever is faster on this front will have access to cheaper capital, will have the highest returns and will attract more talent as well," Bruno Caldas Aranha, director of the productive and social-environmental credit area at Brazilian state-run development bank BNDES, told BNamericas.

During his visit, McMurdo is also planning to meet Vale chairman José Penido and the CEO of the Renova Foundation, André de Freitas. The Renova Foundation is an organization set up by BHP, Vale and Brazilian authorities to administer compensation, reparations, remediation and resettlement after the Mariana dam collapse.

Last week, Vale announced that it has already paid 22bn reais (US$4.2bn) for remediation and compensation for victims related to the Brumadinho tailings dam collapse. In 2021, the company agreed with Minas Gerais authorities to pay 37.7bn reais in compensation, the largest settlement of this kind ever in Latin America. Most of the money is going to infrastructure projects.

A report finding that nearly one third of dams are at risk sets off alarms.