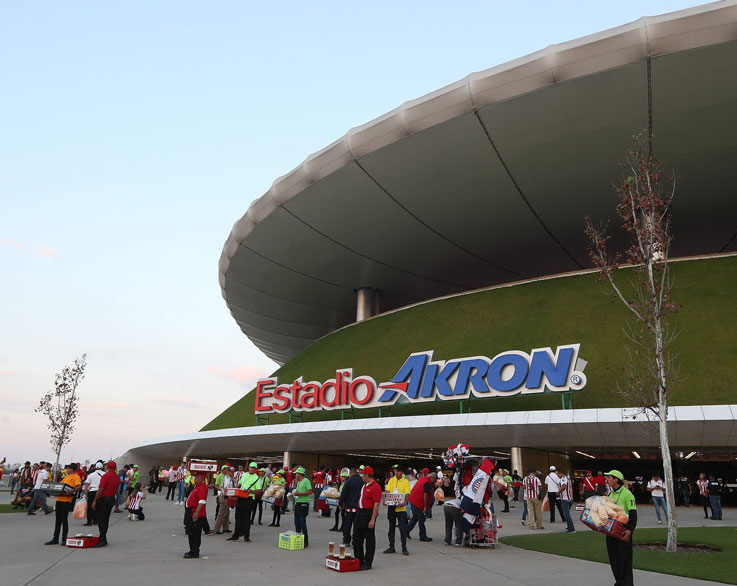 As host of the 2026 FIFA World Cup, together with the US and Canada, Mexico will have to modernize and expand sports facilities in line with international standards.

Mexico’s soccer federation (FMF) is in talks with FIFA to determine the number of locations to host 10 of the tournament’s 80 matches. Overall, 48 countries will be competing.

The federation wants to include Mexico City, Jalisco state and Nuevo León state as each has one major stadium already available.

A visit by FIFA executives to the proposed Mexican destinations is scheduled for this year, FMF president Yon de Luisa said at the end of March, adding that he is confident the chosen stadiums meet the organization’s standards.

While not official yet, Estadio Azteca in Mexico City, Estadio Akron in Jalisco state capital Guadalajara, and Estadio BBVA in Nuevo León state capital Monterrey could be selected.

In January, FIFA said the facilities will be selected in the fourth quarter.

"While stadiums remain the foundation for the successful hosting of a FIFA World Cup, FIFA considers that providing key infrastructure and services (both sporting and general) and realizing the commercial potential of each venue, as well as in terms of sustainability, human rights and event legacy, is of the utmost importance," the organization said.

Plans also include building a shopping center, a parking lot and a hotel, which will be connected to the stadium through an underground tunnel.

Estadio Azteca hosts the country’s biggest clubs and has capacity for 87,000 spectators.

Meanwhile, Amaury Vergara, president of soccer club Chivas, said in July that he wants to invest heavily in Estadio Akron prepare it for the World Cup.

While details were not disclosed, Vergara said the investment would involve state-of-the-art technology.

Regarding the Monterrey stadium, modernization or expansion plans for the tournament have not been announced yet, but its last biggest modernization took place in 2015. It can host about 51,000 spectators.

López Obrador confirmed that the construction of the Mayan Train is a feat of the government of the fourth transformation that is being carried out...