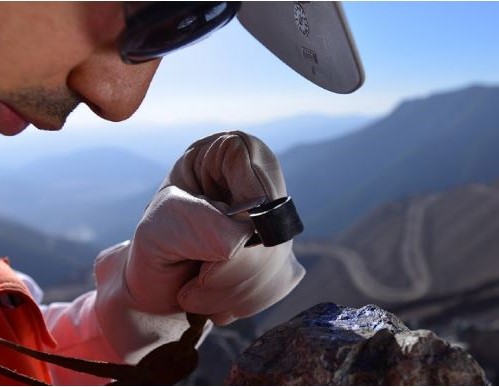 Chile’s mining industry is set to benefit from a boom in demand for minerals such as copper and lithium, triggered by decarbonization efforts, but it will also have to grapple with maintaining supply.

Mining exports accounted for 59% of Chile's total exports in January-October, reaching US$49.1bn. China was the main destination, but the North America and EU are also seeking to secure supplies. Lithium carbonate exports increased by 784%, or by US$5.48bn, compared with the first 10 months of 2021, with 78% of them going to China.

"Analyzing the future of the Asian country in the economic scenario and reducing dependence on the export basket aimed at a single country is essential in the development processes of the economy, and especially for green growth," said López.

China is also the main buyer of Chilean copper and accounts for 75% of global demand, according to copper commission Cochilco. However, Chilean copper exports fell 16.3%, or by US$7.07bn, compared with January-October 2021.

At the recent Apec summit in Thailand, President Gabriel Boric talked to his Chinese counterpart Xi Jinping and affirmed Chile would remain neutral, despite having received pressure to choose between the US and China, local media reported.

In February, the US launched a green energy strategy, mentioning China’s dominance in lithium and cobalt refining, essential for battery production, and in rare earth magnet manufacturing, which is necessary for wind turbines.

Tensions over technology have been rising for a while, but the war in Ukraine and supply chain interruptions have increased them further. "We're talking about a crisis that multilateralism is facing, or about the fatigue of globalization," López said.

China is currently the world leader in electromobility. During an event organized by trade group Fundación Chilena del Pacífico earlier this month, China’s ambassador to Chile, Niu Qingbao, said, “[Chile] has abundant lithium resources and China is the largest manufacturer of electric vehicles. This alliance not only benefits Chile's mining sector but also helps the climate and the environment. We want to expand cooperation in this area.”

Invoking national security, Canada recently ordered Chinese companies to sell their interests in Canadian miners that own Lithium Chile and Ultra Lithium. The former's Salar Laguna Blanca project is advancing near San Pedro de Atacama and the latter has operations in Argentina.

China “produces seven basic minerals needed to build a typical electric car and its future performance will determine the new global configuration, posing strategic challenges for the US and Europe,” López said.

Chilean authorities will have to ponder where copper exports should go to. National production remains stagnant at an average of 5.6Mt/y, while global demand is expected to reach 31Mt/y within 10 years, Máximo Pacheco, chairman of state-owned miner Codelco, was quoted as saying by local media during Asia Copper Week in Singapore.

Chile has committed to achieve carbon neutrality – an objective that will require billions of dollars in outlay, chiefly spanning the areas of powe...

Demand for a new constitution remains – and how this is channeled will influence which way the needle on the uncertainty gauge moves over the comin...