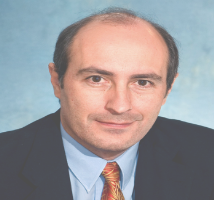 The 50-year-old engineer began his career at Schlumberger, where he served in different roles that were "always linked to the production of hydrocarbons" in Angola, Zaire (now the Democratic Republic of the Congo) and Argentina's Neuquén basin, YPF said in a statement Monday.

Darré joined French major Total in 1987, where he served until this week. In his most recent stint as the firm's head of E&P in the US, Darré oversaw investments in onshore shale and ultra-deepwater projects in the Gulf of Mexico.

Miguel Galuccio, an appointee of center-left former president Cristina Fernández de Kirchner, served as chairman and CEO of YPF from 2012-16, when the government of new center-right president Mauricio Macri asked him to resign.

"I think [Macri's government sees YPF] as a flagship company that ultimately is publicly listed, even if the state has a controlling stake in it," Verisk Maplecroft political risk analyst Jimena Blanco told BNamericas on Monday before the Darré news broke.

"They see it as a company that first of all needs to be handled professionally and needs to be profitable...  So I do expect a certain degree of separation between state and company that we didn't have during the previous administration."

Blanco said that YPF – Argentina's largest oil and gas producer – will need to tread a fine line between maximizing value for shareholders and maintaining jobs and output growth, in order to keep the country's notoriously stubborn and powerful labor unions happy.

The appointment of Darré "represents a change in CEO, but with an E&P profile, as was the case for Miguel Galuccio," said a Raymond James research note on Tuesday. "This should eliminate the possibility related to a more refining-oriented executive taking over as CEO, which could have led to an underdevelopment of the company's E&P assets, where most of YPF's value is, according to our valuation."

Energy minister Darío Martínez said his team was preparing a draft version of a new hydrocarbons law to send to congress. Meanwhile, the central ba...

With the program, the government seeks to reverse the decline in natural gas production and will launch a tender this month.

Chile advances on guidelines for green hydrogen use in mining

Data protection in the age of ransomware and leaks