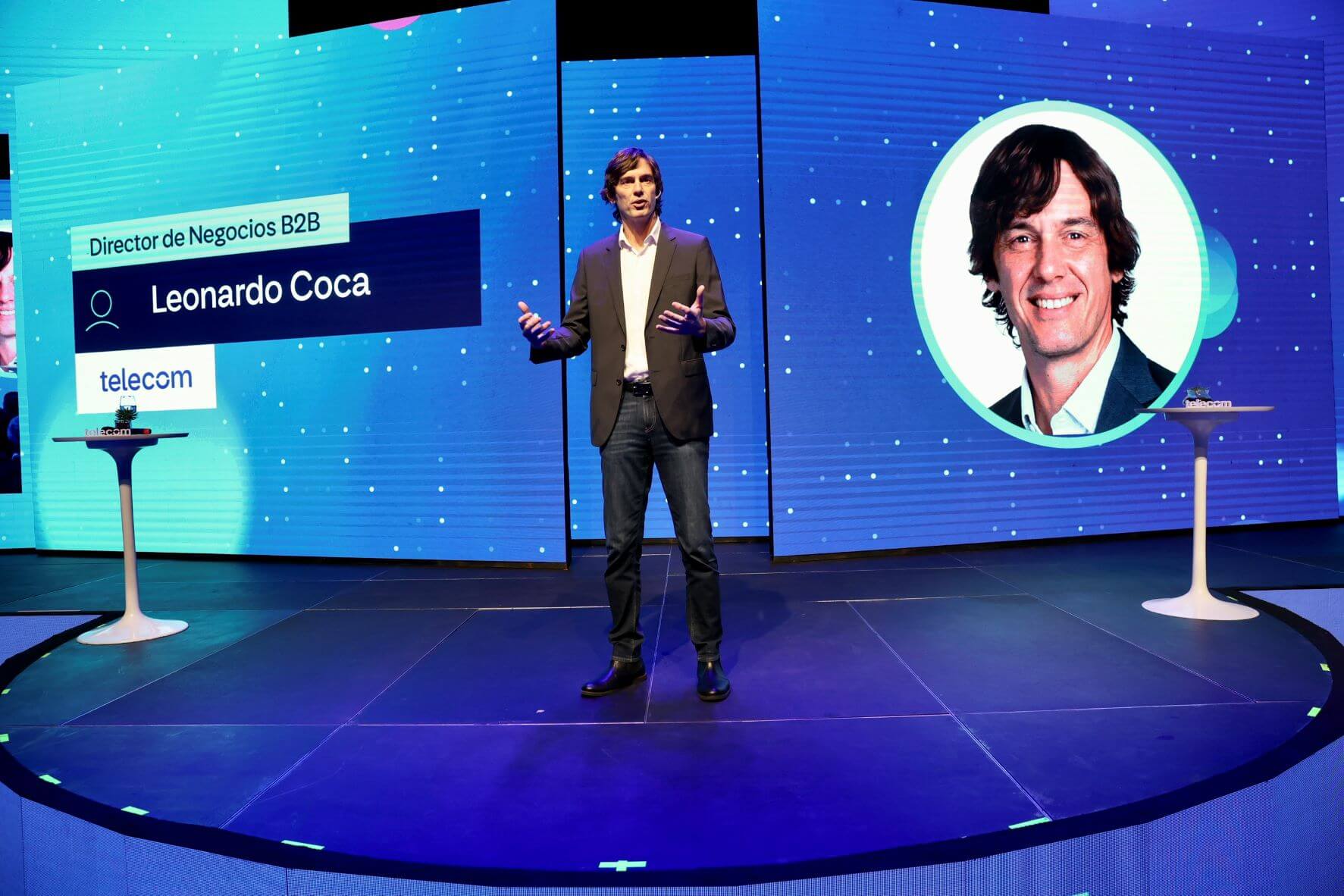 Telecom Argentina is ramping up its business services segment, with 38% of revenues in June coming from cloud, cybersecurity, SD-WAN and IoT solutions and the rest corresponding to traditional telecoms services.

The current share is satisfactory, Coca said in response to a question by BNamericas. "In the world, the target of 50% is being aspired to," he added.

The company invested US$5bn in digital transformation between 2017 and 2021, with the aim of transforming from a telco into a technology company. “Technology is 20% of what we want to do”, CEO Roberto Nobile said during his presentation at the Telecom Summit IT.

This transformation involved redesigning the network topology, migrating to new technologies, and deploying processing closer to the user.

"We are beginning to deploy processing together with our partners, both in our own networks and in our own cloud, as well as working with partners so that latency is very low," Coca told BNamericas. "The first thing we have to do is have processing in the country, then start installing [processing hardware], which is not yet working in network cells, but exists in the provinces" at the network edge, he added.

The company operates five datacenters, with the biggest one in Pacheco town serving the main hyperscalers.

Telecom Argentina has alliances for the clouds of Microsoft, AWS, Google, IBM and Huawei.

While the company is interested in 5G, and provides a similar service in the form of dynamic spectrum sharing, Coca said 95% of corporate clients’ needs can still be solved with 4G.

Asked by BNamericas about private networks, Coca only replied that "there are projects" in the portfolio and that the mining industry was interested. "It is a business that is working in the world," he said.

Telecom Argentina recently opened an office in Chile where it will offer cybersecurity services under the Ubiquo brand.

“We are thinking of growing abroad with all the services that do not require networks. Our expansion plan does not imply wiring,” said Coca.

Under the Ubiquo brand, the company also offers services in Paraguay and Uruguay, where it already has networks deployed. For now, it is selling cybersecurity solutions, but product offers are planned to increase and include own development products.

Telecom Argentina will also seek to leverage roaming agreements and take IoT solutions abroad. In Argentina, the company has close to 10,000 IoT accesses.

"What we want is to consolidate a business model outside Argentina and then continue expanding it to other countries," Coca said during the press conference.

He added that the focus is on neighboring countries, although projects are also being listed in markets such as Ecuador or Peru.

Want to read more information about How Telecom Argentina is evolving its B2B segment?