Mexico to enroll industrial sectors to take advantage of 5G 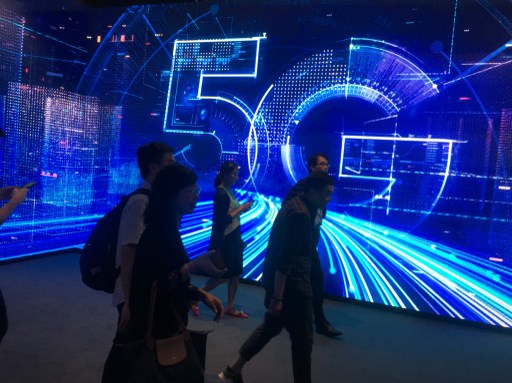 Mexico’s telecom regulator IFT intends to speed up dialogue with the productive and industrial sectors to ensure the best possible gains with 5G applications.

“It’s not so much a regulation committee, but a prospective committee. We want to see use cases and applications, possibilities for the technology so we can move forward,” Cuevas said.

According to its chairman, IFT has already started talking to the automotive industry, and other sectors, such as agriculture and mining, are also expected to be involved, in addition to the public sector.

Among other initiatives under the 5G roadmap, according to Cuevas, IFT reorganized the 800MHz band; assigned 2.5GHz frequencies in the IFT-17 tender, held in 2018; held a public consultation on the use of the 6GHz band for Wi-Fi 6 (unlicensed spectrum); and published, in 2019, a new radio spectrum panorama for mobile services in Mexico.

More than 11,000MHz have been identified as being possible to assign to 5G in the coming years, comprising low, mid and high spectrum bands.

IFT's main regulatory goals for boosting both 4G connectivity and future technology include lowering the cost of spectrum and reordering frequencies.

According to Cuevas, the cost of spectrum in Mexico is “very expensive” and “is delaying the true benefits of information and communication technologies.”

“It’s not possible to persist with a short-term vision, a blindness vision, that will leave us behind,” he said.

In the same event, Samuel Sepúlveda, the governor-elect of Nuevo León state, announced the launch of a program dubbed Nuevo León 5G.

Without entering into detail, Sepúlveda said the program “will seek the biggest deployment of telecom infrastructure and digital transformation” in the country's history.

He also said Nuevo León wants to become the “digital gateway” for the T-MEC or USMCA trade deal and “the Silicon Valley of Latin America.”

“We have the best universities in the country, strong, transactional companies, solid value chains and a privileged geographic position,” said the governor-elect. "Being close to the border [with the US] is a blessing, unlike those who believe it's a curse."

Sepúlveda said he wants Nuevo León to account for Mexico's largest investments in fiber, antennas and datacenters. On the last of these, the state would "compete" for attracting projects that currently are mostly going to Querétaro state, he said.

According to Sepúlveda, the ICT and e-commerce sector has grown in double digits in Mexico over the last 10 years, with the GDP of the digital sector in 2019 reaching US$81bn, which “exceeds even the US$74bn that [federal oil company] Pemex generates.”

Also speaking at the event, América Móvil’s chairman Carlos Slim Domit highlighted the importance of aligning public policies and the needs of the industrial sector and the population's connectivity.

According to Slim, the telecom sector requires “very large and important” investments for four main reasons: coverage expansion; technological updates; to cope with the increase in data (“data demand doubles every 12 months, after the pandemic this can drop to six months or less”); and to give people access to "better professional and personal development."

From a regulatory point of view, Slim criticized a strict application of the concept of net neutrality, saying that flexibility in the management of data traffic would make it possible to bring services more suited to each customer's needs and even increase investments.

Oswaldo Di Campli, head of Nokia for Latin America, said 5G has the potential to bring gains of up to US$730bn by 2035 to Mexico. The projections are part of a Nokia study with Omdia.

Of that total, most of the gains are expected to go to manufacturing (US$134bn), but also mining and retail, among others.

He highlighted gains with 5G related to private or semi-private networks, and in applications such as fixed wireless access (FWA), which mixes 5G with fixed broadband over fiber.

Among other examples of productivity arising from 5G, Di Campli highlighted the automotive sector, citing as an example the development of digital twins by Toyota in partnership with Nokia, a type of application that he said could also be replicated in Mexico.

Nokia maintains a 5G technology development center in Guadalajara, which according to Di Campli has received more investments in the wake of the expansion of connectivity and the future launch of 5G.

As for challenges, Di Campli noted that connectivity and 5G require pervasive fiber connection and that while Mexico has grown in that respect, there is still a lot to be done.

He also said that progress needs to be made in the further development of new B2B and B2B2C business models.

Current transactions are just “the tip of the iceberg,” Gonzalo Rojón, director of best practices and regulatory analysis at Ibero-American telecom...

Want to read more information about Mexico to enroll industrial sectors to take advantage of 5G?