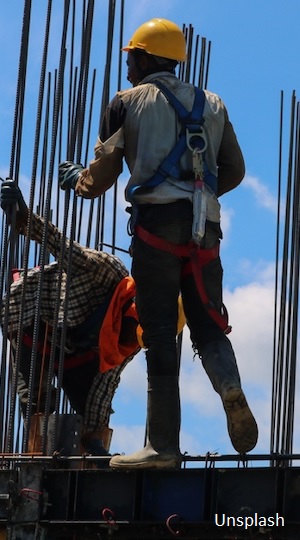 Mexico will push ahead this year with three housing and urban development programs requiring 7.7bn pesos (US$310mn) with more than 100 confirmed projects to improve marginalized areas, boost the economy and incentivize the troubled construction sector.

The programs are part of President Andrés Manuel López Obrador’s (AMLO) strategic plan to lift the economy out of the COVID-19 emergency and are among the almost 40 essential activities that will not be suspended due to the tighter measures adopted last week to contain the spread of the coronavirus.

“The construction industry is what allows the economy to revive faster and has a multiplier effect. Why? Jobs are created and the economy is reactivated soon,” AMLO said Sunday in a video uploaded on social media, adding that the programs will help reach his ambitious goal of 2mn new jobs.

The construction industry has reported its worst production numbers since 2019.

BNamericas takes a look at the programs that are being overseen by agrarian, territorial and urban development ministry Sedatu.

The urban development program (PMU), which focuses on construction of public spaces, mobility projects and social infrastructure for low-income municipalities or cities, was launched in 2019.

It is the program with the most public investment and the one with more opportunities for the private sector.

Sedatu’s director Román Meyer Falcón told reporters at a press conference on Sunday that the PMU targets municipalities with poor infrastructure and high crime rates. Most of the tenders are awarded to local companies.

So far, the program has identified 114 new projects in 18 cities for this year, Sedatu said in a statement last week, adding that it plans to allocate 3.6bn pesos to the projects.

But more projects could be announced throughout the year as the total 2020 budget for the program is 4bn pesos.

Tenders will be launched soon, the statement said.

At least 15 projects to build sports complexes, schools, parks, libraries and other public spaces were launched by Sedatu in the first four months of this year, government procurement site Compranet shows.

However, in 2019 Sedatu invested 8bn pesos in the PMU, double this year’s budget.

Last year’s projects centered on 10 cities on the northern border and works report overall progress of 96%, the official said.

The second program involves subsidizing local governments so they can expand housing projects.

AMLO said in the video that this program would be expanded and benefit 50 municipalities and about 60,000-70,000 people.

The municipalities have already been chosen, he said.

“Housing aid will be delivered. These are not going to be credits. Those are grants for home improvements or the expansion of homes. If the family has already grown, make one more room, or two, or a bathroom in the same space. And [there is] help for new housing in poor neighborhoods,” the president said.

The program also entails water and waste projects as some 9mn people in Mexico do not have access to clean water and another 8mn live in homes without proper drainage, Meyer said.

It is still unclear when the tenders for housing projects will be launched or whether municipalities or infrastructure departments will administer the funds. One possibility is that the projects are commissioned to housing development agencies such as CONAVI.

The third program, called the national reconstruction program (PNR), aims at restoring homes and buildings that were damaged by the 2017 and 2018 earthquakes.

Although the program was not mentioned by either the president or Sedatu’s director on Sunday, AMLO did include it in the list of programs and projects that would not be suspended during the COVID-19 contingency.

For 2020, the housing and reconstruction programs received investment of 1.5bn pesos and 2.2bn pesos, respectively, in the 2020 federal budget.

Compared to 2019, the social housing program received a cut of 17% and the reconstruction program a cut of 63%.

But the decree could benefit a government flagship project, BNamericas was told.