The latest trends in lithium-ion batteries 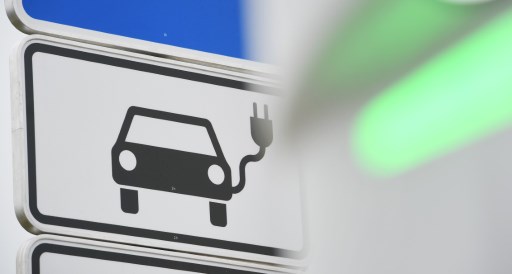 The lithium-ion batteries' market is evolving constantly. Electric vehicle (EV) manufacturers and particularly carmakers are continuously changing their preferences depending on cathodes' attributes in terms of energy density, safety, cost, life and stability.

Total consumption of lithium carbonate equivalent in the world is on track to reach 1Mt by 2025 from levels of around 300,000t in 2018. But what kind of lithium is the world going to need? And what other metals will see demand rise for manufacturing batteries?

“NCM will maintain a 50% growth rate after a super high growth rate period in 2014-2015 from nothing. Its market share keeps climbing and has already surpassed that of LFP, despite a sharp increase in the cobalt price,” Gao said. 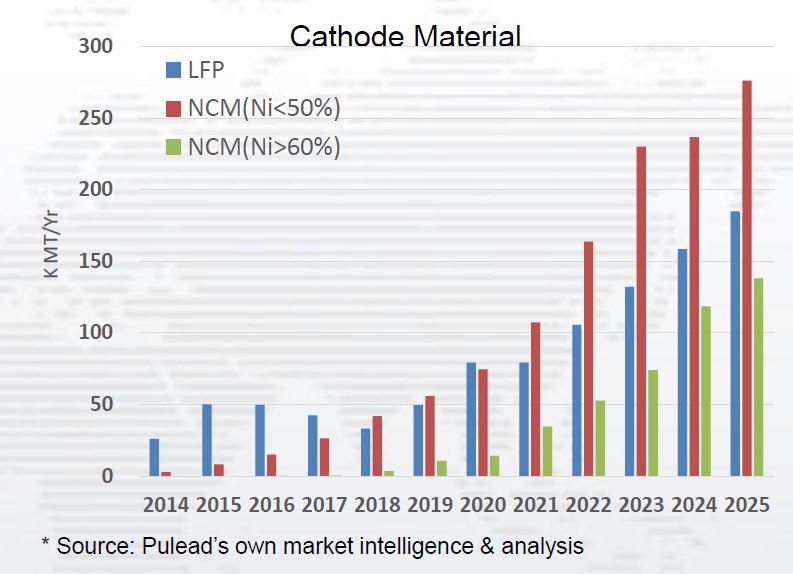 LFP cathodes are better suited for short-range vehicles such as buses and small cars (for distances of up to 100km) and NCM cathodes for medium ranges (250km-350km) and high range (500km upward) EVs.

“Cathodes with 50% [nickel] such as the NCM523 will continue to dominate the market in China [the world biggest consumer of lithium],” he said.

“The rapid growth in nickel demand post 2025 could put the nickel market into shortage by 2030,” said Hoffman.

The demand for NCM811 cathodes – which contain 80% nickel, 10% cobalt and 10% manganese – will also grow for higher-range vehicles, according to various speakers.

These types of cathodes have a longer lifespan and allow EVs to go further on a single charge. However, their use requires lengthier treatment to ensure safety and durability. They are also more expensive and have higher production costs than NCMs with medium nickel content.

Batteries with nickel content above 60% use lithium hydroxide in their cathodes instead of lithium carbonate in those with lower nickel.

“This is because lithium hydroxide is more soluble and nickel doesn't like to be heated for a long period of time,” Hoffman told BNamericas.

So the question that lithium producers, cathode producers and battery manufacturers are asking themselves is: due to this higher nickel demand, is demand for lithium hydroxide going to overtake that for lithium carbonate?

“I think that carbonate will still account for more than 50% of the market. Demand for lithium hydroxide will grow but it's not going to takeover,” Gao told BNamericas. 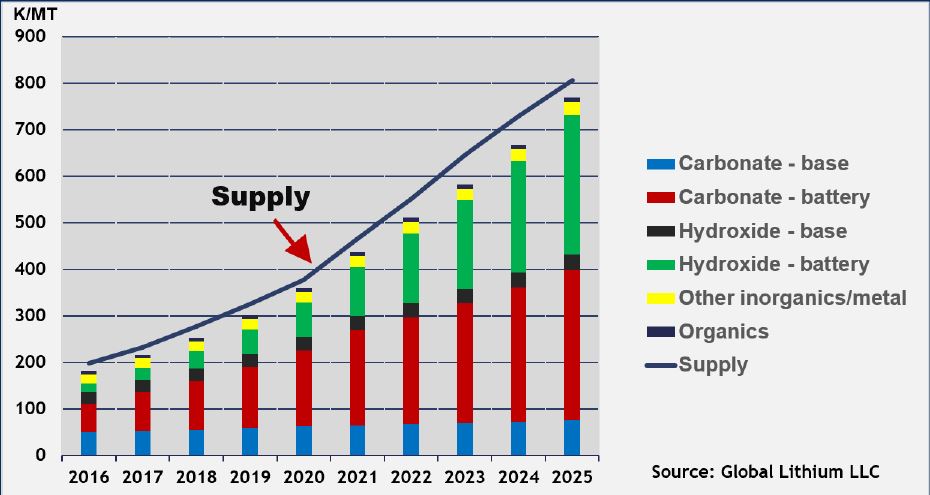 “The market is going to need both. Demand for lithium will grow a lot, and that demand will be seen in both carbonate and hydroxide,” Emilio Bunel, a professor from Chile's Universidad Católica, told BNamericas.

Meanwhile, Australia and the US mainly produce lithium from spodumene, which can be transformed more easily into lithium hydroxide.

“Over time we expect supply to shift to hydroxide. We see that migration will taking place in three to five years,” David Ryan, VP corporate strategy at Albemarle said, although he added that lithium carbonate will always be a large part of the company’s portfolio.

In this uncertain scenario, the key is flexibility to produce either carbonate or hydroxide, agreed the executives from SQM, Albemarle and Tianqi during the event.

“The growth is there, the demand is there. You have uncertainties: different applications, different chemistries, different uses. You need to consider multiple futures to adapt yourself. The key here is flexibility, if you don't have this flexibility in a market that's rapidly changing, you're dumb,” said Pablo Altamiras, VP of lithium and iodine business for SQM. 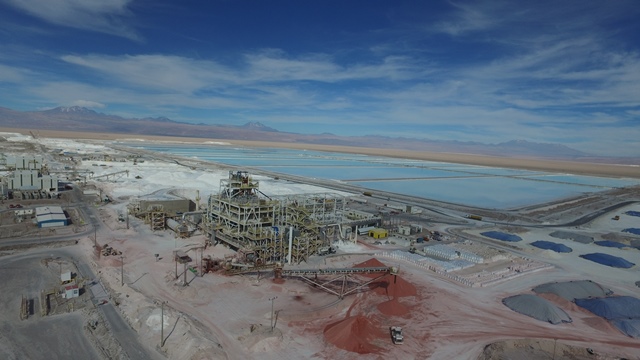 MOVING AWAY FROM COBALT

Social and supply concerns are encouraging the lithium-ion battery sector to look at reducing its cobalt consumption. The main concern is that almost two-thirds (66%) of global cobalt supply comes from the politically unstable Democratic Republic of Congo, according to US geological data.

Cobalt is rarer than other metals used in batteries such as lithium and graphite and it is typically produced as a byproduct, meaning it generally comes from nickel or copper mining.

“The industry is getting a lot of pressure from end-users after child labor in the Democratic Republic of Congo was exposed,” Gao said.

This social awareness has not only led important companies to perform due diligence procedures as regards responsible sourcing, it has also driven the development of new chemistry in li-ion batteries.

Higher nickel content batteries are already seen as the next step to lowering cobalt content. For example, NCM811 cathodes are slowly growing in popularity.

“The more nickel I put in, the more energy dense I get. The more cobalt I take out, the less expensive it is. There's every incentive in the world to take cobalt out. You get a better battery, you get less of a cobalt risk. The best in the class is Tesla with batteries with 2.8% cobalt,” Hoffman told BNamericas.

Tesla has said repeatedly that its NCA batteries, produced by Panasonic, have been drastically reducing dependence on cobalt. 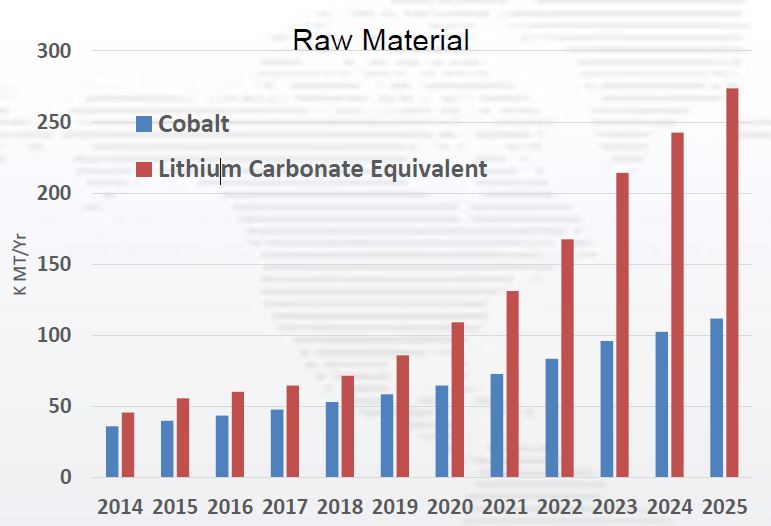 While lithium demand growth will more than triple over the next six years, cobalt usage in batteries will grow at a slower pace, to 110,000t in 2025 from the current 50,000t, according to Pulead's estimates.

The other problem with cobalt is that it is still the most expensive material in batteries.

Manganese could be a good substitute, Hoffman added. “Manganese will probably be the metal that they will try to use, with the manganese market being 10 times greater than the nickel market,” said Hoffman.

Solid state batteries are seen as the Holy Grail in the lithium-ion battery industry.

“We are firm believers that solid sate batteries will change the world. Solid state batteries, in which the liquid is replaced by solid electrolytes, are the leading candidate to become the next technology,” Hoffman told BNamericas.

Lithium metal anodes have an unbeatable theoretical capacity, said Chloe Holzinger, a research associate at Lux Research. However, lithium metal has its challenges, she said. “Dendritic growth on the anode surface is a problem as it limits cycle life and can even short-circuit in the battery and developers are seeking to resolve this by adding protective layers on the surface or by pairing the anodes with solid electrolytes,” Holzinger said.

There is also a higher cost to build solid state batteries. “Lithium metal is significantly more expensive than graphite and a scalable supply chain does not yet exist,” she said.

Hydropower accounts for around a quarter of the country's installed power generation capacity.

Dominican Republic assumes pro tempore presidency of the Renewables Initiative in Latin America and the Caribbean (...

Ministry of Hydrocarbons and Energies promotes the use of LED lights to reduce the cost of electricity consumption ...

Other companies in: Electric Power (Bolivia)

Want to read more information about The latest trends in lithium-ion batteries?