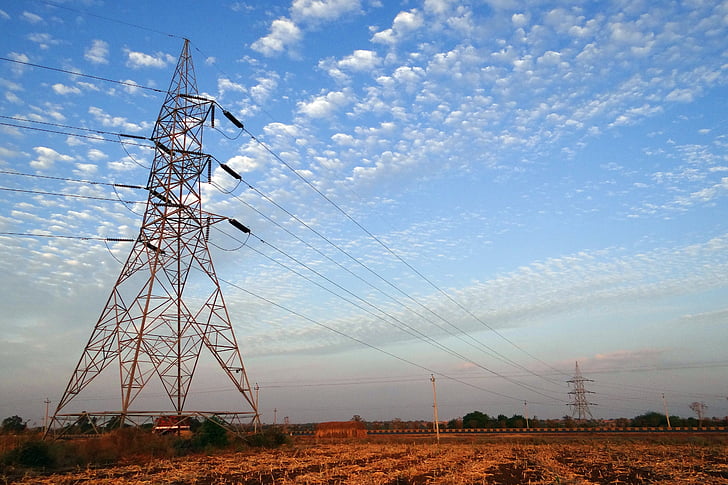 Winds of change are blowing in the Chilean electric power sector, with the industry's three major trade groups agreeing some key adjustments are needed to improve regulatory institutions and prepare the strained transmission grid for the years to come.

Their focus have turned to the inner workings of the sector's regulatory institutions, helmed by energy commission CNE, and independent grid coordinator CEN, which are increasingly seen as needing a review of some of their key processes, especially those related to transmission planning.

"We need to improve the management capabilities of the institutions of the electric power market, be it CEN or CNE, ... to make sure they have the adequate resources, capabilities, and accountability for their decisions," Claudio Seebach, head of Generadoras de Chile, which groups Chile's largest generation firms, told BNamericas.

Members are in the midst of deploying a US$23bn investment push, composed of renewables, storage and green hydrogen. But the industry needs to fulfill certain enabling conditions for all this investment to come through, both in the short and long term, said Seebach.

Regarding the long term, he said: "We need to have a robust, opportune and better planned transmission segment," referencing the fact that transmission expansion has lagged the growth of generation in recent years, a multilayered problem stemming from a slow permitting process, planning hurdles and opposition from local communities.

"This is an opportunity to revise the entire planning process for the transmission segment," Claudia Carrasco, head of regulation at transmission firm Transelec and a member of trade group Transmisoras de Chile, told a special senate session on Monday that was organized by the energy and mining committee.

"Transmission works are not coming through at the opportune moment ... There could be vast improvements in methodology, and gaps could be closed ... [by] tightening schedules and revising the institutions that carry this process forward," she said.

The short-term focus should be on quickly implementing Chile's brand-new storage law, which entered the books in November, according to Seebach.

Regarding this issue, Seebach said: "We need to quickly address storage, as a short-cut to make the best out of the existing transmission system," by allowing renewables projects to store their energy when lines are full and deploy it when capacity is available. Transmission lines can also use batteries to increase their efficiency and make capacity available.

Energy minister Diego Pardow told lawmakers he hoped the grid's transmission issues, which have been brough to the fore by the international energy crisis, would be alleviated by the implementation of the storage law and other minor legislative initiatives planned for this year.

The ministry will now focus on three reforms, one of them squarely aimed at improving the transmission system. "There are three pending structural reforms. One in distribution [which the previous government started], one in transmission and one for the wholesale market [in generation]. We need a scheme for transmission that takes into account the advantages of the private and public sectors, so they are better reflected in the way tasks are assigned," said Pardow.

"So that the project's line tracing, part of the early community work, and part of the permitting process can be tackled by the executive branch, and so that the private sector can deploy its undeniably larger capacity to build and operate transmission lines," he added.

The lack of available transmission capacity is creating several problems, with perhaps the most acute being a growing amount of curtailment, where renewables producers must dump part of their generation output because no line is available to carry it to a consumption hub. According to renewables trade group Acera, 2022 saw a loss of US$131mn in potential earnings due to the curtailment of 1,400GWh of generation.

With a large transmission line like the much-awaited Kimal-Lo Aguirre taking the better part of a decade to build out, a solution can come many years after the issue has been diagnosed, and new lines become crowded a few months or a year after they start operations.

"While the curtailment of wind and solar power is inherent to that type of generation, it cannot go beyond a level that's efficient," Seebach said. "You wouldn't design a new line for there to never be any curtailment: it would be like designing a road for the day with highest traffic flow. You have to set an optimal amount and today ... [curtailment] is above that optimum."

An issue compounding some companies' losses is the large price disparity present between different system nodes. Companies that inject in areas with low marginal costs due to a high presence of renewables, but deliver in areas where prices are more expensive, or at a higher price set by a PPA, can incur big losses and become insolvent, warned Acera.

Last year saw two firms declare insolvency due to this issue. Those concerns are now ballooning into an industry-wide issue that could turn into a crisis, according to Acera.

"The situation could keep growing if urgent measures are not taken," Jaime Toledo, Acera's president, told the senate committee. "The market rules [of marginal cost] applied in Chile were conceived for a thermal and hydroelectric market, where nobody considered a high penetration of renewable energy with a variable cost of zero."

"This makes it impossible for firms to cover their operational costs and the cost of the investment. Today, firms are exposed to this cost of zero about 20% of the time, and in 2022 firms lost US$706mn [in total]. This is jeopardizing the viability of the business," he said.

According to Toledo, some of Acera's members, including an unnamed firm with over 1GW of installed renewable capacity, are facing a disparity so large that their bottom line has turned negative, and they bled money last year. The aforementioned company posted a US$36mn loss, because despite earning US$185mn from its injections into the system, it had to pay US$211mn plus grid-related costs to fulfill its PPA contracts.

Figureheads from different parts of the industry, including Acera and small and medium generator trade group GPM, as well as environmental advocacy group Chile Sustentable, pointed to the latest report by CEN on grid security, from December, as a microcosm of the issues facing the local power sector.

The report concluded that, much as in 2022, Chile is again at risk of supply interruptions due to low expected rainfall and saturated transmission lines, and recommended a series of prevention measures that some in the industry have deemed to be out of touch, due to their strong focus on thermal power solutions, and not on freeing up transmission roadblocks and renewables.

Early last year, CEN authorities became concerned that, given low rainfall expectations and the international fuel crisis, Chile could face power shortages. The energy ministry published an emergency decree that enabled power rationing, and authorities are debating whether the decree should be extended.

"It is a great paradox that, in a country that is dumping green, renewable, clean, non-polluting power, our energy supply is at risk, and the measures taken to solve the issue return to the thermal mindset, with measures focused on diesel, coal and gas," Toledo said.

A transmission reform "is not a short-term solution," Seebach said. "In the short term, we cannot ignore that we are in the context of a global energy crisis, that we have transmission issues, and therefore storage is one of the most urgent points that can help us alleviate the issue in the here and now."

This milestone is relevant in the current process, since its objective is to obtain the average costs of providing the public distribution service ...