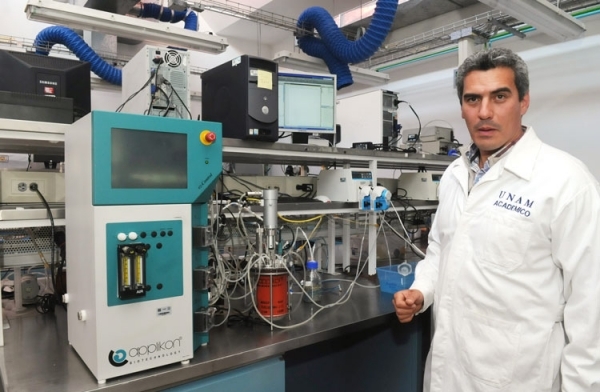 Alejandro Vargas Casillas, a researcher at Mexico's national autonomous university (UNAM), says the country must create new wastewater treatment technologies and must exploit the potential of effluents such as vinasse from the tequila and wine industries.

BNamericas:  What is the current state of progress on the project to obtain gas from wastewater from the tequila and wine industries?

Vargas: We are about to carry out a very large project in which several research institutes are involved in the issue of obtaining gaseous biofuels from organic waste. This is considered to be a Mexican energy innovation center.

The project is going to start this year and is based on biogas being obtained from fermentation of organic waste. We're going to work with the vinasse [the residuum produced after fermentation or distillation] from the wine industry and the tequila industry.

The vinasse is the water that remains after the production of alcohols, and we're also going to work with the waste from processing agave [used for tequila production].

BNamericas: What kind of energy are you planning to produce?

Vargas: We'll be able to produce biogas or natural gas, which we will use in a cogeneration plant to produce electricity.

This will be only be locally, because after four years we want to have demonstrative pilots in order to sell the technology.

We will also work on the production of hydrogen to be used in fuel cells, which are devices that produce energy by transforming hydrogen.

When we have concluded the project, we'll have a 100-liter demonstration plant to produce hydrogen, which will work with wastewater or solid urban waste.

BNamericas: Where is this project going to be located?

Vargas: Each group will have its pilots. At UNAM there's going to be a group that works on the generation of biogas. In Querétaro we're going to work on the hydrogen part with the wine vinasse, while in Guadalajara, Jalisco, there'll be a team developing biogas from tequila vinasse.

BNamericas: How much will be invested in this project?

BNamericas: How is Mexico doing in terms of development of new technology for the wastewater treatment sector?

Vargas: I would say Mexico is doing very well in terms of research being done to develop these technologies. We have a very high level team doing this research, but unfortunately what we lack is good transfer of technology.

BNamericas: Which wastewater requires the most urgent treatment?

Vargas: There are many types of wastewater that are not being treated, such as water from vinasse. They aren't being treated because the current treatment processes aren't sufficient.

Currently, what is done to treat this vinasse is to dilute this liquid in clean water, which is terrible, because there's shortage of water. Projects have to be developed to process this kind of wastewater that is so hard to treat and which has a very high energy potential that we can exploit. There are lots of types of agro-industrial waste that aren't being exploited.

BNamericas: Why isn't this wastewater being treated?

Vargas: Because there's a lack of resources, knowledge, technology and incentives. There are no fiscal incentives to do so or penalties for people discarding their waste without treating it in any way.

Mexico pushing ahead with water services for indigenous Yaqui community

The government has a series of projects underway to guarantee water and other basic services to the Yaqui community in Sonora state.