Atos: ‘Petrobras is a customer that's a market in itself’ 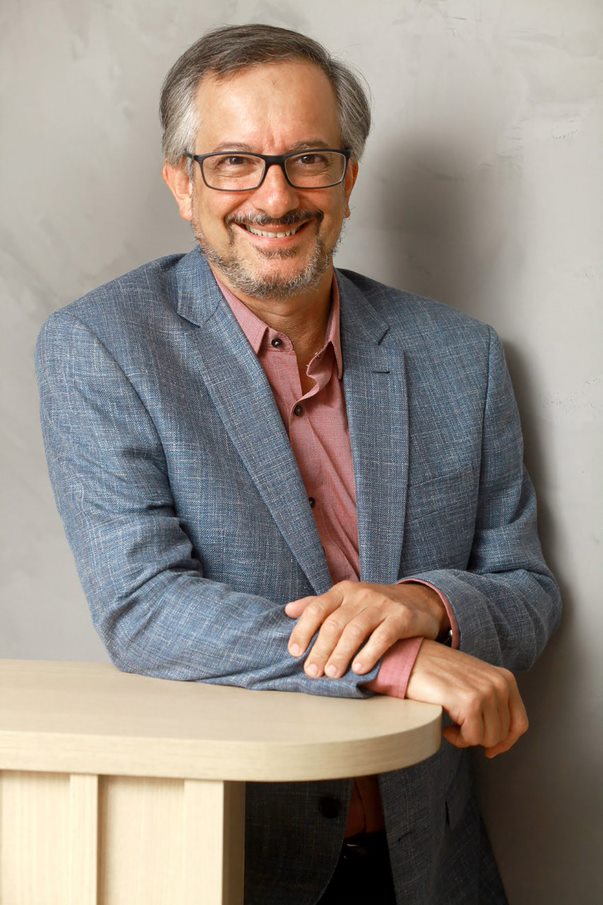 Deemed one of the world’s main consultancy, integrator and IT services firms, French group Atos has bold plans for South America. For a start, it aims to increase its revenue share in each of the markets where it operates to better face rivals such as Accenture, Capgemini, Deloitte or IBM.

Among the company's main high-end in-place projects in the region are high-performance computing (HPC) equipment, commonly known as supercomputers due to their massive processing capacity, a segment in which it leads the market leveraged by some key customers such as Brazil's national oil company Petrobras.

The company has at least three supercomputers developed for the NOC, with another one being delivered in June, Atos’ South American president Nelson Campelo tells BNamericas.

One of Atos' goals in the region is to leverage the supercomputer segment in verticals such as finance, in addition to fostering the adoption of quantum computing, which involves even more powerful machines capable of performing complex tasks that HPC equipment cannot do.

In this interview, Campelo talks about supercomputing, quantum computing, the workforce in South America and more.

BNamericas: Atos' operation in Latin America is still relatively a niched one, with some segments in which the company stands out, such as supercomputers, in which Petrobras is the main client. In this segment, are you working on new projects?

Campelo: We are constantly working on projects in this area. I had a meeting just now about a potential project in this segment, in Brazil.

We have more than four supercomputers with Petrobras. And we are delivering a new one now in June, which will be the biggest of all, from a tender that took place last year.

We have undisputed leadership in the company. Petrobras is a customer that's a market in itself. In addition to it, we have as clients the LNCC [National Laboratory for Scientific Computing], in Petrópolis, for whom we developed the Santos Dumont supercomputer, which was upgraded in 2019 and already has demand for a new expansion.

And also Senai Cimatec, in Bahia, where we have two supercomputers in place and a new quantum simulator, which we installed last year and is the first in South America. In all these clients we maintain research and excellence centers with data scientists and experts.

I have given a lot of emphasis and encouraged our team to grow in areas that are correlated [to supercomputing], such as artificial intelligence, computer vision, edge computing.

BNamericas: And besides these clients, is there anything else?

Campelo: We also started to enter the enterprise segment. We have a project for some time with Banco do Brasil for high-end servers for artificial intelligence applications.

There are still other customers in the corporate world to whom we are offering technology and, shall we say, competence, so that this technology is well applied.

It’s worth mentioning that we also rely on partners. We have two very important partnerships: one with Positivo, which develops and assembles some high-end computers for us in Brazil, and with Nvidia, which is the main GPU company. Last year we were the largest distributor of Nvidia technology in South America.

BNamericas: All the projects mentioned are concentrated in Brazil. How are the initiatives in other South American markets?

Campelo: We also have a [supercomputing] project in Ecuador, for the enterprise segment. I don't have customer authorization yet to mention the name. It’s a first project in South America [outside Brazil].

We have an interesting pipeline that’s starting to develop. I believe that in the second half of this year we may have one or two more deals in other countries in South America.

BNamericas: Who will these new projects be with, with what kind of customer?

Campelo: Along the same lines of the enterprise segment. And we already see some research institutes looking at supercomputing as something possible.

Because obviously there's always a price barrier for them. But with the evolution of technology, prices tend to fall and the world of enterprise and research institutes become able to acquire this technology.

BNamericas: The fact that you work with Brazilian company Positivo in the development of equipment helps you obtain tax benefits, right?

Campelo: Yes. Mainly using the benefits of assembling in the country, with the reduction of the tax on industrialized products [IPI].

One has to use the possibilities to the fullest to optimize the tax burden. Some customers in the research area may also have import tax exemptions, due to the nature of their business, as was the case with LNCC.

BNamericas: Do you intend to use Positivo or another local partner every time from now on to assemble the equipment, or not necessarily?

Campelo: Not necessarily. There are certain lines where we are going to continue importing. It depends on the application, on the demands that come from the customers. Among other factors.

The big difference at Atos is that we have great expertise in assembling and configuring these supercomputers. Because if we look at the basis, the components mostly end up being a market standard. So the expertise is in logistics, in the diversification of suppliers.

Not to mention that nowadays we have a shortage of components. The best supply model is not always available within the timeframe required by customers. So we have a great need to look at other suppliers around the world.

And we have discussed delivery times with customers. You see the bottleneck may be in a component that is even not so critical to the supercomputer. Nowadays there are shortages of the most varied components, even cables.

In the assembly of the supercomputer, everything is very specialized. Suppliers end up being few, so you need to have a very strong logistical intelligence.

BNamericas: What will be the capacity of Petrobras' new computer?

Campelo: I prefer not to anticipate details that Petrobras may prefer to disclose, such as the name and other characteristics.

We're going to do the implementation in June, we're going to do a benchmark, and that benchmark will probably put it among the top 50 in the world, maybe even in the top 30. It depends on what else is being installed out there in that period. This ranking is done every six months.

The assertiveness in prospecting and seismic analysis that a processing capacity like this brings certainly makes this investment pay off. For those who operate in deep water, like Petrobras, assertiveness about where to drill is of exceptional value.

BNamericas: What about the development of supercomputers for other national oil companies in South America, such as Ecopetrol, YPF or Petroperú?

Campelo: Petrobras has a characteristic that is not very common to others, which is its ability to explore in deep waters.

So even if you have oil companies that are big, they don't necessarily have the same kind of prospecting and exploration demand. Or they are very large companies, but that operate more in a resale model.

The specific characteristics of Petrobras make the demand for supercomputing greater than in other companies of its kind.

And there's a second factor, which is the fact that many companies end up processing all the capacity in centers, for example, in the United States. Not Petrobras. This is not a strategic decision by Petrobras.

BNamericas: In what other areas do you see demand for supercomputing?

Campelo: Both traditional finance and trading is an area where we see some opportunities being explored. Also in the area of research, including health and life sciences, mainly because of the pandemic.

There is a great need for more advanced research in these segments, in the capacity of analysis and sample processing.

We have also sought to disseminate knowledge in the agribusiness sector. I see a lot of opportunity to improve assertiveness in a number of indicators in agribusiness.

In many cases, a better projection of climate estimates is necessary, which may even require some kind of quantum demand.

Campelo: No opportunity has arisen yet. In the energy sector, where you have a lot of loss in the transmission part, I see good applications.

Basically, anything where you can use some kind of algorithm through which you can make measurements, including historical data, and projections, opens room for a processing-intensive application.

BNamericas: How important is the region to the group's operations?

Campelo: Today we are very important because as we are the region that grows the most in terms of revenue.

In the last three years we have had double-digit growth annually - and high double-digits in terms of winning new contracts. The perspective is that we double this share if we continue this acceleration.

We currently have 3,700 employees in South America. I believe we can reach the end of the year with 5,000 professionals. There is demand and projects for that.

And we are increasingly being asked to deliver projects outside the region, to the United States, for example, with professionals from here, with South America as a series of nearshore centers.

We have a very high attraction rate and a very low exit rate compared to other regions of the world.

BNamericas: Haven't you been having trouble finding a specialized workforce?

Campelo: We try to be attractive in different ways. With an interesting work environment, training programs, opportunity for growth. We have also done a lot of training. For us and for the market in general.

BNamericas: And how are these professionals distributed, beyond Brazil?

Campelo: In addition to Brazil, we have more than 800 professionals in Argentina. It’s a very important market for us. Not only as a local market, but as an important delivery center. Then we have smaller presences in Uruguay, Colombia, Chile and Peru.

In these countries in the region we have a lot of application management services, AMS, we also do a lot of service desk.

And we have grown a lot in the cloud, in all regions. Not just as a reseller of hyperscalers, but supporting digital transformation, customers' journey to the cloud.

Atos has a very close relationship with AWS, Microsoft, Google, Oracle, and we have our own private cloud for use in some projects, for perhaps less critical applications. We have invested a lot in the multi-cloud concept.

BNamericas: Any private networks projects on the roadmap?

Campelo: We have a very strong partnership both with Claro and Telefónica. We are at the present moment discussing partnerships to offer customers solutions that go beyond cloud.

BNamericas speaks with two top executives from the Brazilian firm in an interview that focuses on domestic market trends as well as gas issues rela...

BNamericas talked to Carlos Madaleno, sales director for the Americas of one of the world’s main offshore air support service providers.

Want to read more information about Atos: ‘Petrobras is a customer that's a market in itself’?