'Banks have two options: to go digital or to go out of business' 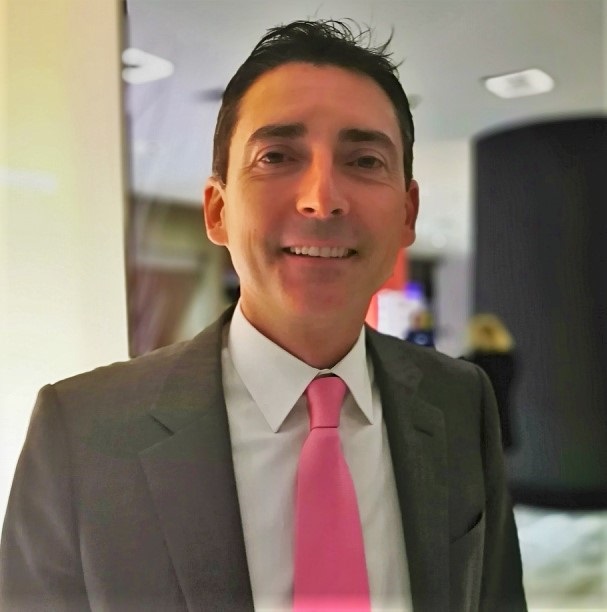 Indra is a Spanish technology and consultancy company that provides proprietary solutions in specific segments in the transport and defense markets. Through its subsidiary Minsait, Indra aims to help companies in their digital transformation. As the banking industry is disrupted, Indra has helped Chilean bank Bci develop a prepaid digital credit card called Mach and has been involved in the development of Argentine digital bank Wilobank.

During the recent Summit País Digital in Santiago, BNamericas spoke to Mario Robredo, senior manager of the innovation unit and new business at Minsait, about the prospects for the prepaid card model in emerging markets, among other topics.

BNamericas: Indra has worked with banks in developing the prepaid card business model, such as the Mach prepaid card developed by Chilean bank Bci in partnership with Visa. How do you see the emergence of the prepaid card model in Latin America?

Robredo: Prepaid cards have actually been around for a long time. However, now they are becoming very widespread and are becoming a very useful tool, particularly for day to day use. People like to use prepaid cards because they can better control their spending, you don’t get into debt. They are also easy to obtain, easy to use and widely accepted. Many neobanks are building up financial services and are using prepaid cards as a means of extending financial inclusion. Prepaid cards give people that only have cash a gateway into the digital world, putting them on a similar level to those with credit cards and also offers a safer place to store your money.

Obtaining a credit card in many emerging markets is very expensive and you have to go through a process of credit scoring that excludes many people from the digital world.

BNamericas: How do you see the evolution of QR codes and other payment methods?

Robredo: The future of payment methods is uncertain because we're seeing a battle of different players and don’t know who is going to win. QR codes is a payment trigger, the code doesn’t pay anything itself. But it has to do with an underlying payment infrastructure that may be a banking transfer network or a card infrastructure. QR codes are seeing major adoption amongst retailers like Ripley in Chile. What we see is payment methods becoming increasingly embedded in daily user applications.

A good example is WeChat in China where you have a messaging platform integrated with other services like reserving a taxi or ordering a pizza which you can pay for from the application. This can be done by linking a bank card or periodically topping up a prepaid account on the app.

BNamericas: And it’s not a bank.

Robredo: No, it doesn’t have a banking license but operates like a bank. Every Chinese person has it.

BNamericas: How do you see banks responding to this concept of prepaid cards? There's no profit in it.

Robredo: In Europe, some neobanks have begun to provide simple services using prepaid cards such as financial planning and saving. In China it's the same, WeChat and ePay offer basic loans, financial management, savings accounts and other services that banks offer. They started with prepaid cards, which are very viral. People adopt them fast and once you have an installed base you can organize them in clusters according to their spending habits and offer them new services. Prepaid cards are risk free for banks because people are spending their own money.

BNamericas: How do you think traditional banks will compete with neobanks and fintechs? Will they partner with them, buy them or compete with them?

Robredo: We still don’t know. What we do know is that banks have two options: to go digital or to go out of business. And that requires them to undergo a major digital transformation. The current model is design to move paper in closed offices, the new model requires you to move data on open networks.

Regarding how the banks respond to these new competitors, they'll respond in different ways. There will be banks that buy fintechs, some that form partnerships and those that try to innovate themselves. What is also true is that banks are going to have to increasingly become technology companies. As they do that, the big technology companies will start to approach the financial sector as they see niche business opportunities, for example Apple Pay, Amazon Pay.

BNamericas: What is Indra’s strategy for Latin America?

Robredo: We're offering services to banks to ensure the correct operation of their transactional and customer service systems. We're also suggesting different ways to digitally transform their business models and culture. Indra’s advantage is that we can offer both the consulting and the tech products to carry out the strategies we propose. We have different partnerships with banks to help them in this challenge that's not a matter of maintaining their position in the rankings but a matter of survival.

‘We are facing a true paradigm shift’

BNamericas talks to Leandro Basáez, CEO of the Chilean unit of office-sharing company WeWork, about changes coming to the shared office segment.

BNamericas takes a look at the investments of the biggest private banks in areas such as digital services, distribution channels, cloud and automat...

Snapshot: The types of funding LatAm fintechs are seeking

What banks’ Q1 results tell us about the Brazilian economy

Despite the noise, Mexico seems to be turning the corner on foreign investment

‘Chile doesn't have the luxury of creating a subpar fintech law’

Why Brazil's Aegea could go for more sanitation concessions

Want to read more information about 'Banks have two options: to go digital or to go out of business'?