Chile seen to be on the right sustainability track 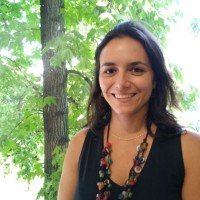 A plebiscite on the proposed constitution is planned to take place on September 4.

But these efforts in place do not yet have any impact on Chilean waters, where artisanal fishing leaves up to 290t of plastics each year, according to a study by Fundación Chile.

BNamericas talks to Claudia Razeto, sustainability project manager at Fundación Chile, about this study, current regulations, and the constitutional proposal related to the recycling sector.

BNamericas: Only one article in the constitutional proposal establishes that the State must regulate and promote the management, reduction and revaluation of waste. Is this is a step in the right direction?

Razeto: At the national level, I think we are on the right track. We are moving toward a greener economy, and this complements a common goal. All efforts are a contribution, although there is still a long way to go to effectively reduce the problem of sea pollution by plastics.

BNamericas: Comparing the constitutional proposal to the constitutions of Ecuador and Costa Rica, a UN official recently raised concerns about implementation. Would the environmental provisions in the proposal also depend more on political will than on the text?

Razeto: Essentially, the constitution outlines the actions that are to be carried out. It is a starting point. Then a lot of work must be done in the public and private sectors, and in the community, to make initiatives relating to a more balanced ecosystem a reality.

BNamericas: What’s the proportion of plastics from artisanal fishing compared to the total amount of plastics in Chilean waters?

Razeto: There is no precise data. In fact, [ours] is one of the first studies on the pollution of the Chilean sea regarding fishing and it is a first approximation to address the magnitude of the problem.

BNamericas: The study mentions regulations that apply to waste derived from fishing in Chile. Are they enough or could existing tools be better applied?

Razeto: In practice, we do not have any regulations associated with artisanal fishing that govern the problem of loss or abandonment of fishing gear in the sea.

A measure with great potential from the environment ministry and the fisheries department is to apply the regulations within the REP law, which could help recover and manage these tools, and, in this case, transfers responsibility to fishing gear producers, so the main costs are not borne by fishermen or the State.

Any measure, be it the REP law or another regulation, will only be a first step. Progress must be made in the marking of fishing gear to allow traceability and determine ownership and location of equipment loss to eventually reach the suppliers.

BNamericas: Is traceability more difficult to implement in the artisanal sector due to high informality?

Razeto: Generally, the artisanal fishing sector is transverse; fishermen also work with industrial players and even the aquaculture sector. Therefore, action should be taken transversally, so everyone who impacts the oceans takes charge of this problem.

That is why equipment marking is so important. It is a common practice internationally and seen as an alternative in the medium term.

BNamericas: What else is known about industrial fishing waste?

Razeto: I am aware that sector players are confronting the problem and have associated themselves with companies that recycle certain materials. Several initiatives to give new life to the materials so they do not end up in the sea are underway.

Want to read more information about Chile seen to be on the right sustainability track?