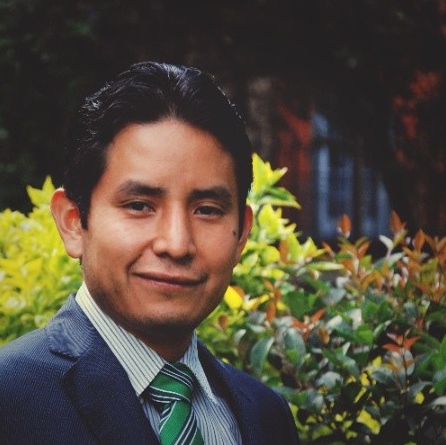 Mexico has launched a 100mn peso (US$5mn) guarantee fund, dubbed the C-Solar program, to incentivize lending by banks to small and medium-sized companies that are seeking to install generated distribution systems. Project coordinator Hugo Cruz speaks to BNamericas about how it works.

To qualify for the program the systems must be less than 500kV. Within this program ICM hopes to evaluate 50 installation companies by the end of 2019 in order to be able to convince banks that the returns on distributed generation make it a good investment. Last year we did a study of the non-subsidized market  and we saw there were 4mn companies which could potentially benefit from such investment. Currently banks are good at lending money for cars and houses which is what they know but photovoltaic systems are a grey area. So we hope to create a situation where banks have more confidence in financing distributed generation systems. That is why the program also has a guarantee fund of approximately 100mn pesos. In order to participate banks can charge a maximum interest of 14.5% over the course of seven years.

BNamericas: How quick can the ROI be in distributed generation in Mexico?

Hugo Cruz: This depends on many factors such as the kind of client, the electricity services they have contracted, the region, the kind of credit they can get and the conditions offered by the installing company. In best cases we have seen ROI has been in two years and two months. More typically companies would see a ROI in about four years, but afterwards they continue to generate savings and can even generate profits if the systems inject electricity to the grid. If you take into account that a distributed generation system with a cost of between 20,000 and 40,000 pesos and can last around 28 years you see that it is a worthwhile investment.

BNamericas: What are the main bottlenecks in Mexico's distributed generation market?

Hugo Cruz: The main bottlenecks would be knowledge of the potential of distributed generation among the general public and about the costs and benefits of distributed generation systems. So there is a general lack of understanding about the potential of such systems. Another bottleneck is the professionalization of the sector. Many companies installing solar panels are not specialized. This can lead to systems functioning at less than optimal efficiency or in the worst case even catching fire. Naturally this hurts the image of the sector. Another important regulatory measure which may take place soon is creating a standardized installation methodology nationwide.

BNamericas: In what regions in Mexico has distributed generation grown fastest?

Hugo Cruz: Distributed generation has grown organically in Mexico around certain regional centers. A strong distributed generation market requires a robust supply chain as well as qualified labor. This, in combination with higher electricity rates, has created rapid growth in markets such as, for example, that of Guadalajara in the state of Jalisco, where there have also been government programs to promote generated distribution and professionalize the sector. Jalisco is easily the state where acceptation of distributed generation has grown most rapidly. The Mexico City are has also had strong growth. In Nuevo Leon, Monterrey has functioned as a center of growth. I think the next high growth areas will be the Baja California and Yucatan peninsulas due to high prices and limited interconnection to the national grid.

The latest figures show that non-conventional renewable capacity additions have slowed compared to previous years as Mexico has pushed to change ru...

Mexico’s electric power market – who is subsidizing whom?

Northern allure: Why LatAm companies are looking to Canada to raise capital