How Chile's exploring the route to a green future 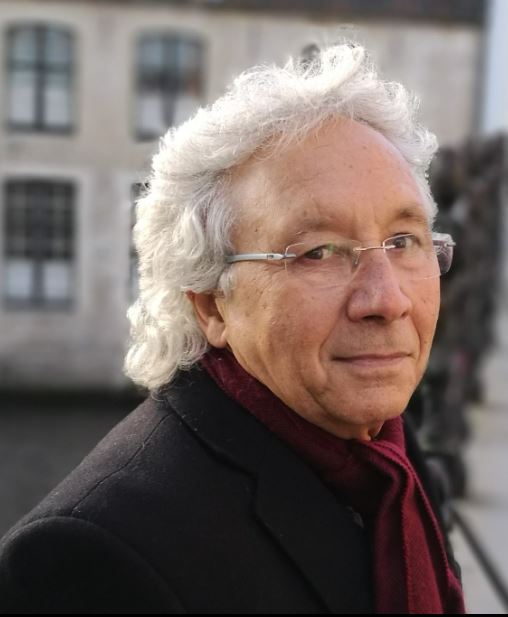 Lithium has been described as a critical element due to its importance in technologies, lithium-ion batteries and electric vehicles that are part of the global energy transition towards a green future.

Chile is the main producer of lithium from brine in the world. The northern part of the country is characterized by a succession of mountains and basins featuring various saline lakes and salt flats. Exploration has identified at least 59 salt flats (about 5,211km2) with the presence of lithium brines, in addition to 13 salt flats and 36 prospective areas that need further studies.

Geological studies indicate Chile has reserves of 10.9Mt of lithium, approximately 64% of the global total of 17Mt, to which another 3.36Mt of lithium resources from nine Andean and pre-Andean salt flats are added.

To find out more about the current exploration scenario in Chile, the country's potential and the strategic minerals it possesses, BNamericas spoke with José Cabello, director of the Chilean Geological Society and manager for Latin America at the Agency for International Minerals Policy, MinPol.

BNamericas: How is the scenario for mining exploration in Chile?

Cabello: Chile is the most important country in exploration in Latin America and has maintained its level of investment in recent years. Last year nearly US$500mn was invested. Globally, we are in fifth place. President Boric gave [state copper company] Codelco US$90mn for exploration, almost 20% of what Chile spends on the activity. Our country has some of the biggest copper reserves in the world and the biggest lithium deposit in brine in the Salar de Atacama. The second is the Maricunga salt flat. In addition, it’s one of the countries with the best exploration results.

BNamericas: Based on the exploration, does Chile have the conditions to satisfy the growing demand for minerals?

Cabello: Yes, it has very good copper and lithium brine deposits. In both cases, it has the largest resources in the world, since Australia's lithium, which is the largest global producer, comes from another type of deposit. Together with a group of experts, we are carrying out a study on strategic minerals, according to the definition of the European Union, and we have identified 20 strategic minerals in Chile, including copper and lithium, which are essential for the change in the energy model. In addition, we detected another six minerals that are not currently in production but that technical evaluations will be carried out to analyze the feasibility of exploiting them. Among these are cobalt and tungsten. Geologist Brian Townley conducted a study for [development agency] Corfo (‘Cobalt Mineral Resources in Chile, mining and exploration potential’) where potential cobalt deposits were detected in the Antofagasta and Coquimbo regions. So the conditions are there.

BNamericas: What have been the most interesting findings in the country?

Cabello: The two most recent were Cachorro and Encierro by Antofagasta Minerals, but the quality of the finds is only confirmed in the production phase. Also interesting are the Salares del Norte project (Gold Fields), Altiplano Metals' Farellón and Marimaca Copper. The largest number of mining discoveries are in the second, third and fourth regions of the country. In the Andean zone there are also spectacular resources.

BNamericas: About rare earths, which are also seeing growing demand for their use in cell phones, computers, medical equipment, etc., does Chile have potential?

Cabello: There are prospects in southern Chile and some preliminary reports state that there are rare earths even in mining tailings. In other words, we have potential but we have to evaluate them technically. At the moment it’s more productive to produce lithium, since we have extraordinary deposits. The Atacama salt flat, in addition to lithium, contains a lot of potassium and magnesium. I hope that the country analyzes these types of minerals better. With a group of mining engineers and metallurgists, led by Edmundo Tulcanaza (Center for Mining Studies), we are working on this and perhaps by next year we will announce the results.

BNamericas: How has exploration and geological work adapted to the big environmental challenges?

Cabello: The profession has included the specialty of environmental geology and we have specialized professionals to carry out studies with technical and scientific information, but with the environmental care that is required. Chile is beginning to have the environmental standards of the most advanced countries, such as Australia, Canada or Finland, where they are very rigorous on the subject.

BNamericas: Low copper grades affect some mining operations. What is the current scenario?

Cabello: Low grades occur especially in a type of deposit that is porphyry copper. Small and medium-sized mining tends to have better grades and could become much more sustainable mining, because they do not need to move large amounts of minerals and generate less waste. The government should pay more attention to this sector, which has always been very important. For example, Andrónico Luksic, founder of Antofagasta Minerals, began as a small miner, but had the virtue of relying on the studies of geologist Ricardo Muhr and managed to transform the Luksic group into a large global mining company. There is also the Gómez family group that works in the Carola mine, who also started out as small-scale miners. Other notable examples are Talcuna of the San Gerónimo mining company of the Rendic family or the CEMIN group led by the Rassmuss family, among others. In other words, small and medium mining is a group that can grow even more. But, unfortunately, the London, Australian and Canadian stock markets do not consider this type of operation, but instead look for the big ones such as Escondida, Chuquicamata or Candelaria and don’t go further. In the Catemu sector, for example, there are copper deposits with a high silver content, from 20 grams [per tonne] upwards.

BNamericas: How difficult is it to explore in Chile?

Cabello: Under the current system it’s agile and easy to request an exploration concession. They can even be ordered online from [mining and geological service] Sernageomin. One difficulty is when an exploration project has to cross private properties, but even so the mining code has a special clause that does not prevent crossing private properties in the case of mining concessions, which is done with the utmost environmental care so as not to affect the area.

BNamericas: The proposed new constitutional excludes mining in areas surrounding glaciers. Is it an obstacle to exploration?

Cabello: This is a worldwide trend. In the central zone of the country there are five municipalities with a water crisis. Therefore, when there is no guarantee that a deposit will be found that justifies affecting a glacier, it’s outside the standard of world exploration. Due to my training as a geologist and my many years working at BHP, I can assure you that the culture of sustainable development for mining is not just a slogan, but a practice that was already discussed 20 years ago.

BNamericas: What do you think about the possibilities of carrying out mining exploration underwater or in space?

Cabello: Marine exploration is complex. There is a possibility of finding manganese nodules in underwater mining, but first we must learn not to pollute the planet. In addition, there are still no laws for this type of exploration. Chile sits on a tectonic plate junction that favors the formation of impressive reserves. That's why we have so much copper.

BNamericas: What do you think of the mining royalty bill?

Cabello: Chile is among the five countries with the highest mining production in the world, which also include China, Australia, Canada and South Africa. Chile is at least 10 times smaller than Canada and right now, it surpassed that country's production. Our country is privileged in mining deposits, but paradoxically it’s one of the countries with the most inequality. So, it should not surprise us that the country wants to give its inhabitants the benefits of a natural resource that arises from the national geology. It has been said that Chile is an extractivist country, because this reality does not benefit the majority of the population. In recent times, the value of annual mining production in Chile has been US$50bn, a gigantic figure. So that a royalty is legitimately requested for the country responds to this reality. The country with the largest royalty is Australia and the Chilean deposits are much better than those of that country. On the other hand, Chile is a narrow country and the transfer of the minerals to the coast is much cheaper than in other countries. So, if you want to be in a privileged country, you have to bear the costs.

BNamericas: How do you see the future of the lithium industry with the proposed creation of a national company and a research institute on the subject?

Cabello: The salt flats are fragile ecosystems that require adequate technical management. That is why the sooner we have a national lithium company that is open to alliances and ensures sustainability, it will be better for the country. There are three parts of the world where lithium is produced from brine: Nevada in the United States, the Andean zone where the Atacama salt flat is located, and China. The latter country is strongly promoting electromobility and they are very interested in our lithium. Lithium in Chile has a strategic connotation, since its discovery by the Geological Research Institute that previously belonged to Corfo. For military reasons it was considered strategic, since it could be used in weapons, etc. The Atacama salt flat is the best deposit in the world in terms of lithium in brine, and the second is Maricunga. When we talk about Chile's reserves, they are generally based on information from the United States Geological Survey, but in Chile there are studies like the one I’m carrying out with Dr. Edmundo Tulcanaza, which is based on a comparison of existing conditions in the lithium triangle, considering the geological, mining and productivity aspects. With this information the USGS data will become obsolete.

BNamericas takes a look at the Chilean investments of Glencore, Capstone Copper and BHP.

Want to read more information about How Chile's exploring the route to a green future?