Why Fed actions are key for gold in 2016 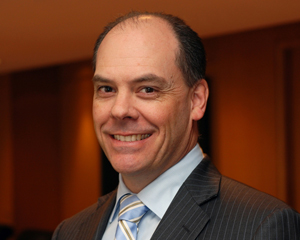 Gold has had a positive start to 2016, with prices shooting up to nearly US$1,200/oz for the first time since June 2015, after slumping to six-year lows late last year.

While the yellow metal's rally has been attributed to factors including safe haven buying, stock market jitters and concerns over global economic growth, decisions by the US Federal Reserve about whether and when to raise interest rates will be key to prices during 2016, according to Scotiabank director of gold and precious metals, Trevor Turnbull.

Silver's recovery this year has been more modest, with prices edging up towards US$15/oz, and the metal is likely to largely follow gold for the remainder of 2016, Turnbull said.

BNamericas: What is behind the recent improvement in the gold price?

Turnbull: As we got into the New Year the sense was that the US wasn't in as good a shape as people wanted to believe it was when the Federal Reserve raised rates in December.

People are starting to wonder whether the Fed will continue to raise rates at a predictable pace in 2016 or if they may have to take a pause, and gold is starting to look like a nice alternative.

Certainly China hasn't come roaring back, and that's weighed a bit on the overall sentiment. Wall Street has struggled and gold seems to be just filling the void.

BNamericas: There has been some debate over whether gold is a safe haven investment. What is your view?

Turnbull: I don't know if it's a safe haven exactly because it's not a safe haven from inflation or devaluation right now, but it's certainly a good alternative investment.

BNamericas: How do you see gold performing for the remainder of 2016?

Turnbull: It's going to depend on the Fed to a large degree. If the Fed does skip raising rates, gold will not just do well this year but it will continue to rise.

On the other hand, if they manage to slowly, predictably raise rates every few months this could put the brakes on gold, although I'm not sure gold will turn around and rush down as low as it has been.

We expect prices to average US$1,200/oz for the year. We had been expecting gold to be a little slower than it has been. Early on in January people started to get nervous about the US market and gold moved right up, much faster than we had anticipated.

BNamericas: What about silver?

Turnbull: Silver will follow gold to a large degree and what we watch is the ratio between the two. For the ratio to really start to come down below the 70:1 level which we haven't seen in a while, you're going to need more of a global industrial recovery.

China has to start driving industrial demand for base metals, and once you start to see copper, zinc and nickel start to move, silver will start to move with them, and that's what will bring that ratio down.

Without an industrial demand component out of China I don't think we're going to have a great year for silver. It will tag along with gold but it won't outperform it this year.

BNamericas: What are your longer-term expectations for the metals?

We expect silver to be US$17/oz next year and US$17.50/oz longer term, but when industrial demand comes back it could move towards US$20/oz if base metal demand is strong.

AbraSilver Resource Corp. is very pleased to announce assay results from its latest diamond drill holes from the ongoing Phase III program on the C...

The Board of Directors of Rugby Resources Ltd. is pleased to announce results for the second drill hole, (CDH002) on its Cobrasco copper-molybdenum...

Future of Cobre Panamá mine mired in confusion

Want to read more information about Why Fed actions are key for gold in 2016 ?