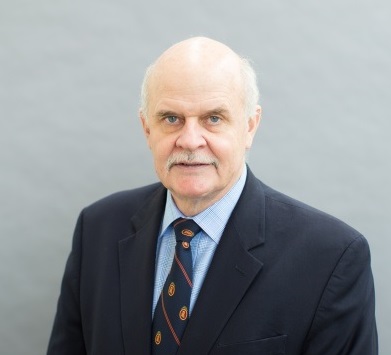 Following 15 years under the Frente Amplio coalition, Uruguay has shifted to the center-right of the political spectrum after Luis Lacalle Pou was handed the presidential baton.

The former senator and his finance minister, Azucena Arbeleche, have outlined their policy plans which are geared around controlling spending, reforming the social security system, spurring investment and creating a more efficient state.

Lacalle Pou, who leads a coalition government, has also announced a desire to liberalize the country’s energy sector to spur competition and help drive down prices.

This would involve ending the monopoly held by state oil and cement firm Ancap. Unions, in a 2003 referendum, defeated an attempt to liberalize the energy industry – and recent Ancap union comments indicate their stance has not changed.

BNamericas asked Chafuen about the major challenges facing the administration and the country – including the issue of energy market liberalization.

BNamericas: What are some of the biggest challenges or tasks facing Luis Lacalle Pou and Uruguay?

Chafuen: He has two basic challenges. The first is the economy, which has been slowing down in recent years, and the deficit, which is around 5%.

The second is that he confronts a political culture where strong parties, most parties, have people who are really fond of the state and of statist policies. So how do you conduct reforms, in this case, to reduce the public deficit, which usually involves reducing government spending or increasing taxes? In a situation where the economy has slowed down and you’re facing close to 7% unemployment [the latter] would be very negative.

So then you have to reduce government spending – and how do you do that in a statist culture? What remains as a possibility, I believe, is deregulation and liberation of certain sectors and present them as modernization rather than a capitalist attack on the social democrat status quo that exists in Uruguay. Navigating that and maintaining the coalition [is a challenge he faces].

BNamericas: To expand a little, Lacalle Pou leads a coalition government. Could that present challenges in terms of getting legislation passed?

Chafuen: I think it may be easier in the first year. He was a natural candidate to lead the coalition. People are really happy with how he has been growing in stature; he has been cautious with his use of words but standing strongly in favor of freedom, of the dignity of the individual.

I work with several think-tanks in Uruguay and we believe that, in the second year, it may get a little trickier to maintain the coalition and govern and have support in congress to pass reforms. I think they have headwinds to try to do some reforms in the first year.

But I don’t think he will push for any aggressive reforms.

The key thing is that the left, which was in power for 15 years, behaves itself and that we don’t see a situation like in Chile, just trying to destabilize a government that does not so different things as they did before, but just because it’s not them.

BNamericas: Do you think we could see a closer relationship between Uruguay and the US and Uruguay and Brazil under Lacalle Pou?

Chafuen: Well we’ve already seen it in a way.

The language of Luis Lacalle Pou and foreign minister Ernesto Talvi…they can communicate not only with a potential second [Donald] Trump administration but also with the most moderate part of a potential [Joe] Biden administration. The answer is a strong yes. I think it’s a unique opportunity for Uruguay and the US.

BNamericas: Lacalle Pou has said he was in favor of ending the monopoly of state energy company Ancap. Given a previous attempt, in 2003, was rejected by unions, is it likely he will succeed?

Chafuen: It’s good that he expressed that [wish]. In a country where the state-owned companies are regarded as almost sacrosanct, it will be very hard. In the age of optimistic neoliberalism, where Argentina and Brazil were privatizing, the Uruguayans basically decided to put privatization to the test of a poll, a plebiscite – and they lost, even when all the continent was moving toward privatization.

It will be difficult.

BNamericas: Uruguay needs to stimulate private investment. What types of things could Lacalle Pou do in this regard?

Chafuen: They are already open to foreign investment.

If [the parties] can work to reinforce the rule of law – which is already the best in Latin America – and then open new areas to investment I think then what we have seen [for example] in terms of Argentine companies moving [to Uruguay] will accelerate.

A move toward stable macroeconomics and liberate – call it modernization. I think Uruguay is poised for great things if it can manage to avoid what we saw in Chile and other countries where new, destabilizing tactics by the left are causing great damage to those economies.

Uruguay has incredibly good human capital, great engineers. I would have been pushing for Uruguay to have an open market of their wireless system, open up to competition.

BNamericas: What about lower oil prices and coronavirus? How could these impact Uruguay?

Chafuen: Lower oil prices are good because the country imports all its oil. That’s mostly positive.

Latin America has existing as well as under-construction international power links but the region’s potential in this area far exceeds what has bee...

The US$250mn financing will be used to refinance existing debt on the Ferrocarril Central project.

DBRS Morningstar: Latin American sovereign credit will be shaped by political outcomes in 2022