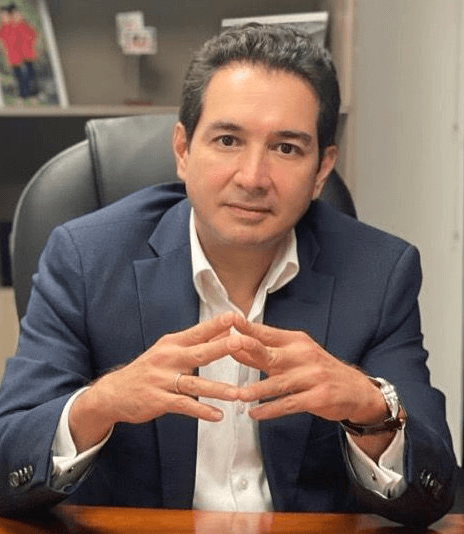 Colombia’s senate has voted to keep a provision in the government's proposed tax reform that eliminates deductibility of royalties from miners’ income tax.

But representatives of the oil and mining sectors claim the regulation would cause excessive taxation and cause problems for companies. They vowed to take legal measures.

The government also proposed a tax on coal and coke exports, which, according to industry representatives, ignores differences between thermal and metallurgical coal, and was rejected by the senate.

BNamericas talks to the president of coal producer association Fenalcarbón, Carlos Cante, about the proposals and the road ahead.

BNamericas: How will the non-deductibility of royalties and the surcharge that remain part of the income tax reform affect the sector?

Cante: Avoiding taxing coke exports was hard work that we won and not only was the export tax changed, but coke was also definitively recognized as an industrial product and excluded from that base of new taxes.

This surcharge would be between 5% and 10%, depending on price variations.

According to the reform, the high price threshold for coal is US$60/t. However, operating costs for most of the country's mining operations are averaging over US$90/t.

US$60/t cannot be considered a boom price for this industry. Often, this sector operates below production costs, because they are long-term investments, which in periods of high prices compensate for losses in periods of low prices.

Additionally, the international reference indices used in the proposal do not reflect market conditions for more than 65% of national production, since the proposal ignores the behavior of the country's sales prices and does not differentiate between types like thermal or metallurgical coal, and much less the qualities of these.

When the non-deductibility of royalties plus the surcharge is added, we are talking about excessive taxation that reduces the possibilities of reinvesting in machinery, equipment, mining expansion, and that greatly weakens production possibilities.

Small and medium mining operations in the country's interior would be affected. We are talking about more than 250,000 jobs and more than 100 municipalities whose economies depend directly on the coal industry.

BNamericas: How much would that excess taxation be on average?

Cante: There are different ways of calculating, but on average we would be talking about going from a government take of 67% to more than 80%, which is a huge disincentive and would seriously affect the capital structure of companies and make some projects unfeasible in certain price periods, especially in the country's interior.

There is no recognition of industry costs.

BNamericas: What do you expect from congress?

Cante: In congress, there is great conscience about not overtaxing the sector and surely there will be a discussion so that this surcharge is reduced as much as possible. However, we continue to insist on the inconvenience and unconstitutionality of the new non-deductibility of royalties.

Colombia would be the only country that would apply this practice. The last one was Zambia, and they already removed it.

We insist on this because we would pay rent on a resource that is not part of the company's income, something that is collected for the nation.

BNamericas: On average, how much is the amount of royalties?

Cante: Up to 3Mt lead to royalties of 5% on coal and above 3Mt it is 10%, very much in line with international standards.

But that is a higher cost of production and if we added it as if it were income, we would pay rent on something that did not enter companies, that is why we are opposed.

However, we believe this became a key point for the government; surely, we will go through all constitutional instances so that the corresponding revision is made.

BNamericas: How long could the lawsuits take?

Cante: The law has been so controversial that if it is approved, the constitutional court will exercise the right of automatic review and that may take one or two years.

If the regulations are approved, the affected companies will have to file a claim of unconstitutionality on the non-deductibility of royalties.

BNamericas: What is the current contribution of coal and coke to the Colombian economy?

Cante: The industry represents about 2% of GDP. Colombian coal is the second export product and coke is the seventh, but it is the first industrial export product. Last year, we registered coke exports of 4.2Mt.

Colombia is exporting around 60Mt of raw coal per year.

Government calculations regarding the 2023-24 royalty budget, consider an increase in average royalty collection from 1.8tn pesos (US$361mn)-1.9tn pesos to 2.4tn pesos-2.5tn pesos per year, in such a way that the contribution is quite generous in terms of royalties.

Normally, the sector has been contributing about 5tn pesos in royalties and taxes and by 2023, that figure will rise to 7tn pesos.

The main risks Millicom anticipates for its LatAm operations

The group recently announced US$1bn capex for this year and is pushing forward with its fiber to the home (FTTH) business. Nonetheless, the telco a...

How the election could shape Colombia's energy future

A new report warns that Colombian oil production could fall by almost half within five years under leftist presidential candidate Gustavo Petro.

The centrist who could be kingmaker in polarized Colombia

Cox Energy upbeat on Mexico after rejection of energy reform

How regional markets could integrate deeper into global value chains