Why M&A activity in Brazil will pick up next year 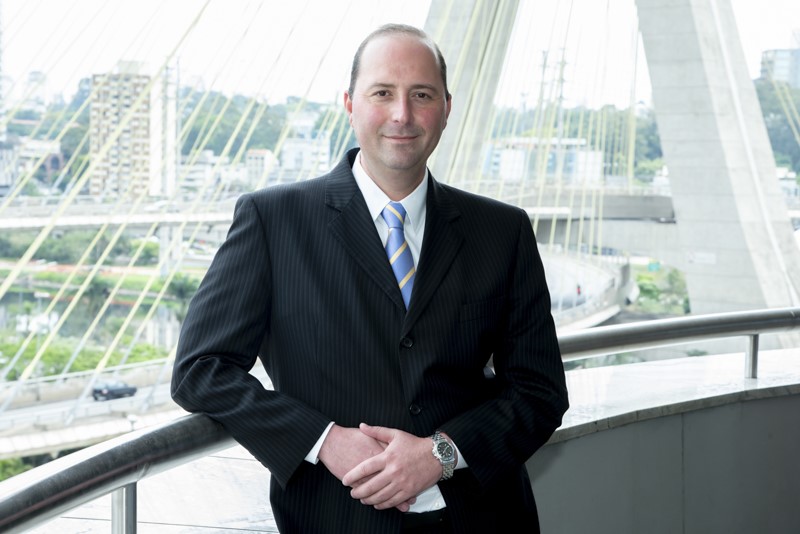 Given persistent global and domestic uncertainties, the Brazilian M&A segment registered a 2.3% year-on-year drop to 735 transactions in H1, according to risk consulting firm Kroll.

This scenario has also impacted M&As of Brazilian companies in the capital market, limiting the plans of some players to raise funds through share offerings. The number of concessions auctions will also likely decrease.

Alexandre Pierantoni, the head of Kroll’s corporate finance and M&A area, talks with BNamericas about the scenario and investors' perceptions.

BNamericas: Why have M&As slightly declined in the first half and what’s in store for the second half?

Pierantoni: I consider that we saw a good volume of activity, almost the same level as last year, despite this year being an election year.

In the first half, we had international events affecting operations, which includes the Russian war in Ukraine, inflationary and interest rate pressures around the world and even some lockdowns in China, all of this creating an environment of uncertainties regarding the global economy.

In the second half, this environment of uncertainties will remain, but the clarity that existed before regarding the possibilities of lower interest rates is no longer present.

In Brazil, the October elections add another element of uncertainty, but the good news is that this [electoral] uncertainty will persist only until October. After the elections, the business environment becomes clearer.

Having said that, I believe investors will continue to be cautious in the second half, adopting a more selective stance.

BNamericas: Will all kinds of investors be so cautious?

Pierantoni: We didn't have any IPOs in the first half and some companies canceled IPOs that were planned for the coming months.

By the end of the year, conditions will be very tight and with the current high interest rate environment, investors are more likely to focus on fixed income assets.

This affects M&A transactions, as a robust capital market stimulates [such operations]. But operations will continue, private equity funds that know Brazil will continue to do operations. The more cautious sentiment affects more investors that don’t know the country, and those who do not know, prefer to wait.

BNamericas: And how could this caution affect the governments' concessions agenda?

Pierantoni: First, I think it's important to say that infrastructure has to remain a government flagship, because it's a source of income for the country.

However, perhaps in this second half, we will not have major movements regarding the concessions agenda.

Of course, airport auctions will likely be successful, as it is a consolidated sector, with many companies that know the country and the sector well. But in other segments, I don't see major advances, not even with privatizations. The privatization of Eletrobras was a one-off event in the first half.

Pierantoni: Technology is always the sector with the highest number of transactions, because there are many companies in this segment. Something similar applies to the health area.

BNamericas: Is the debate about changes in global logistics and value chains influencing M&A deals?

Pierantoni: This will take a while and let me give you an example. Any country that wants to change its energy matrix can only do so in the long term. If it tries to do it too quickly, it causes an explosion in prices, because there is no offer.

No established structure changes overnight. These changes in global chains are likely to undergo a review, but will not yet have an immediate impact on M&As.

BNamericas: Is a 2023 M&A forecast possible for Brazil?

Pierantoni: Next year we will tend to have a clearer scenario without the noise coming from the electoral process. That said, I believe in an increase in M&A operations.

But some considerations are important. Brazil has adopted some policies impacting spending, inflation and fiscal deficits, which are creating problems for 2023. This could affect the scenario.

If government spending cap rules are being revised, it will affect investors' perceptions.

BNamericas: How high is the risk of disruptions related to the October elections?

Pierantoni: This risk has not been considered, it is not the base scenario today.

BNamericas: The Lava Jato anti-graft probe elevated corruption to the top of the list of investors’ concerns. What are the key concerns now when assessing corporate and reputational risks?

Pierantoni: Lava Jato issues are no longer the top concern. Today, the main concerns are related to the ESG [environment, sustainability, governance].

In Brazil specifically, these concerns are concentrated in the letter E, so companies have to show all the risks and impacts of their business and activities on the environment.

Want to read more information about Why M&A activity in Brazil will pick up next year?