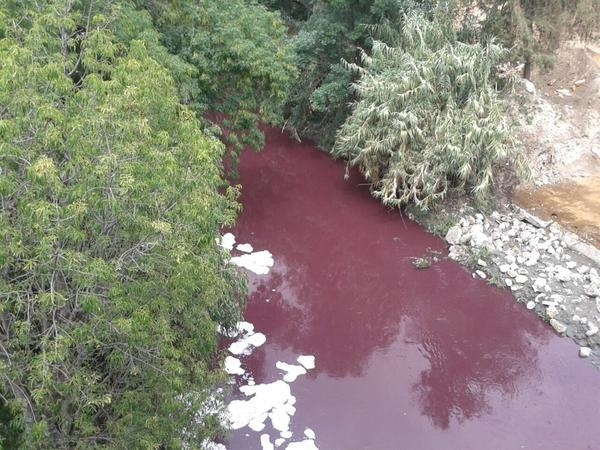 About 80% of the pollution received by the Atoyac river in Puebla and Tlaxcala states comes from urban wastewater, 15% from industrial effluents and the rest from water polluted with chemicals and agricultural products, newspaper Milenio reported.

This information comes from an investigation carried out by Dale la Cara al Atoyac, a civil organization formed to protect the river.

The investigation was carried out during the first four months of this year in the city of Puebla and the towns of Huejotzingo and San Martin Texmelucan in Puebla state, as well as the municipality of Papaloatla de Xicohténcatl in Tlaxcala state.

The Atoyac river is reportedly the third most polluted in the country.

In the city of Puebla, the ONG found that in the Barraca Honda area much of the pollution comes from the textile industry and from effluents from public markets, among other sources.

In Huejotzingo municipality, the ONG discovered that the Santa Ana Xalmimilulco water treatment plant does not work due and the facility is currently shut down, despite having been rehabilitated in 2013.

In March this year, Profepa said that last year it closed down around 30 industrial companies – 23 partially and seven totally – for polluting the Atoyac river.

A study has described the Atoyac river as eight times more polluted than the limit that national water authority Conagua classes as acceptable, according to Greenpeace, and the pollution represents a serious threat to the 1.2mn people living near the watercourse, the organization says.

The rights are for a plant that the US beer giant will build in Veracruz state.

More than USD 100 million has been invested by the Ecuadorian National Govern...

Cypre project gets go ahead

The impact of Hurricane Fiona on Puerto Rico's ICT infrastructure