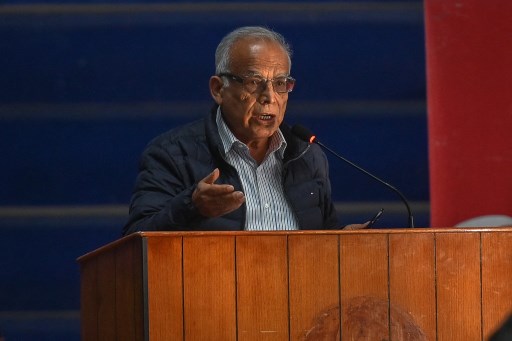 Peru's prime minister Aníbal Torres tendered his resignation on Wednesday, the latest blow to the beleaguered administration of President Pedro Castillo, which is facing internal ruling party strife, accusations of corruption and no headway in congress.

Torres, whose replacement has not been named yet, cited personal reasons for stepping down. His resignation comes two weeks after former interior minister Mariano González was removed from office.

Since taking office one year ago, Castillo has seen a total of 55 ministers resign or be removed. Torres was the fourth primer minister. With so many changes, the administration has failed to advance any significant political reforms.

A WEAKENED PRESIDENT AND CONGRESS

The president's disapproval rating has reached 74%, according to a July Ipsos survey. The negative perception of congress is even higher at 79%, and things are certainly not well in the unicameral legislative branch.

The new speaker, Lady Camones, got off to a rocky start with the resignation of lawmaker Wilmar Elera, who was sentenced to a six-year prison term for corruption in connection to a potable water and sewerage system project in Ayabaca. The creation of a new political party among a group of independent lawmakers could also reconfigure the deliberations within parliament.

Congress has already attempted to impeach Castillo two, albeit unsuccessfully, and a third attempt is not being ruled out considering that a number of accusations of corruption against the president and his inner circle are winding through the court system.

The fraught relationship between the executive and legislative branches could get even worse if Castillo names Dimitri Senmache – a former interior minister who received a no-confidence vote in congress –  as the new primer minister.

Culture minister Alejandro Silva, who has defended Castillo amid the recent slew of accusations against him, is another option.

Whoever winds up heading the cabinet will have to appear before congress to secure a vote of confidence and re-establish a cordial relationship with lawmakers.

While management of public finances is sound, the government should increase certainty for the private sector, an expert said.

BNamericas speaks with Gonzalo Banda, a political analyst and columnist from Arequipa, about Peru’s regional election results and the implications ...

Peru's capital market at risk after ruling on pension withdrawals