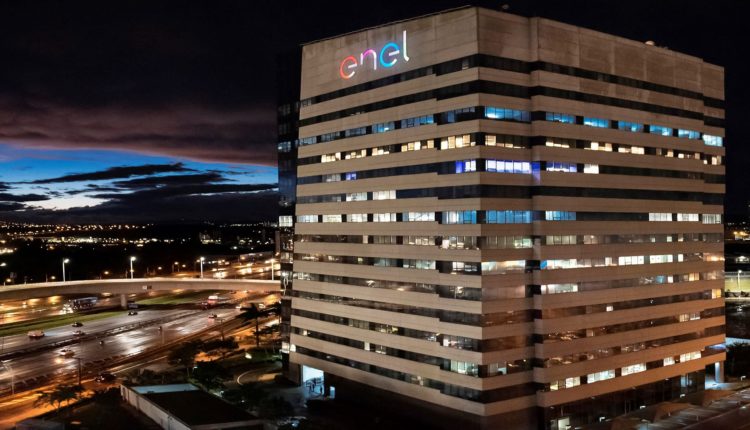 Accenture is expected to extend an image analytics application, based on AWS cloud, to different distribution subsidiaries of Italian power group Enel in Brazil, according to Marcelo Aguido, senior manager at Accenture Brasil.

The anti-fraud and network modernization application was initiated at Enel's São Paulo subsidiary, with Accenture as consultant, solution architect and implementer. According to Aguido, a rollout is now being started at Enel Rio de Janeiro.

“We're also starting talks with other states where Enel Brasil operates,” the executive said on Wednesday, at the AWS Initiate event in São Paulo.

“Enel is turning into a case for other power distributors. Italy itself is looking at this. There's a possibility that this solution could go global," he said.

Accenture’s Rafael Mendonça, the architect of the solution developed for Enel São Paulo, said that basically "all" of Enel’s key management and operation systems run on AWS cloud, from image analytics to the SAP HANA enterprise management software.

This is not the first application of an emerging technology by Enel in Brazil, nor its first in partnership with Accenture.

In August last year, the power company launched a pilot in São Paulo with TIM, Ericsson, Qualcomm and Motorola for a dedicated 5G standalone (SA) network in the Vila Olímpia neighborhood.

Ericsson joined as supplier of the entire network infrastructure, providing components such as antennas, radios and others

Qualcomm, in turn, was the provider of 5G Fixed Wireless Access (FWA) customer premise equipment (CPE), powered by its Snapdragon SDX55 modem, as well as by O5610 outdoor equipment from Fibocom installed on the power pole and another indoor unit, FW5881, from CBN, installed at the substation, supporting both 5G and Wi-Fi 6.

Motorola came in with three smartphone models compatible with the 5G SA technology for the tests, while TIM Brasil provided the 5G SA signal in the 3.5GHz band.

This dedicated network, as said at the time, was expected to reinforce the level of digitization of the company's grid, for example by speeding up automatic response in case of incidents, while also enabling the development of new applications to make the resolution of other complex problems in the network more efficient and faster.

The 5G initiative fits into the company’s Urban Futurability project, unveiled in 2019, to transform the Vila Olimpia region into the "first digital and sustainable neighborhood in the capital of São Paulo."

Announced in 2019 and developed with consultancy provided by Accenture, Enel boasted at the time that it was “South America’s very first Network Digital Twin.”

The twin was a 3D digital model replicating local electricity infrastructure, from individual physical elements to the way in which it worked, built on a network of around 5,000 sensors installed on the existing grid, each communicating information on grid status in real-time.

"Enel is also a good example of the new possibilities that come with a strategic shift. It made the tactical switch to change from a DNO (Distribution Network Operator) to a DSO (Distribution System Operator). To support this move, it created a network digital twin to better serve Vila Olímpia, one of São Paulo’s most modern districts," Accenture said in a release.

In Italy, also in partnership with Accenture, in 2020 Enel announced a network virtualization initiative connecting over 1,000 sites into a virtually-managed network.

That virtualization initiative was part of Enel’s broader program called Beyond Cloud Computing, launched in 2025, to have software-defined wide area network (SD-WAN) technology optimizing access to cloud and connectivity, and merged with edge computing.

The network connected sites on three continents and in over 10 countries (including Italy, Spain, Argentina, Brazil, Chile, Colombia, Peru and Russia, among others).

In addition to Accenture, other partners in the Italian project included Cisco and Sirti Digital Solutions.

Accenture supported the management of the program and implementation of the centralized infrastructure, with features provided by Cisco’s Viptela SD-WAN technology.

Cisco also contributed to the network’s overall design, while Sirti Digital Solutions supported the implementation of the distributed components across the new architecture throughout Italy and the migration of network services.

Want to read more information about Accenture to roll out Enel São Paulo cloud-based solution to other subsidiaries?