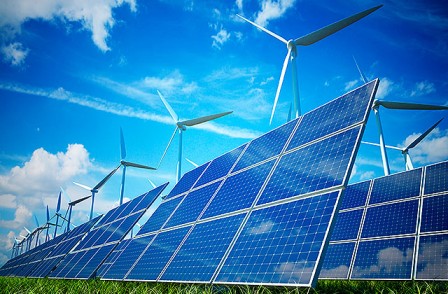 Brazil’s AES Tietê is taking advantage of companies’ move to cleaner energy to close several contracts that will allow it to build new plants.

The company, a unit of US-based AES Corp, announced a 15-year PPA with mining giant Anglo-American to supply 70MW of firm energy from 2022 that will enable construction of the 167MW Tucano wind power project in Bahia state. Construction will start by 2021 and investment is estimated at 670mn reais (US$160mn), AES Tietê said in a statement this week. The same project will supply chlorine producer Unipar Carbocloro under a 20-year PPA, announced in November.

Earlier this year, the company signed a contract with pharmacy chain Farmácias São João to supply 3,000MWh of solar power a month, which allowed it to commit to investing 17mn reais to build a three-plant park with 10,000 solar modules in Rio Grande do Sul state.

The deal was followed by the announcement of a contract with McDonald's for 5.3MW of solar power supply, involving a 30mn-real investment to build three plants in Minas Gerais, São Paulo and Rio de Janeiro states with over 21,000 photovoltaic modules. They will supply 39 McDonald’s restaurants starting from the end of this year.

According to the president of the business council for sustainable development (CEBDS), Marina Grossi, more such deals can be expected in the coming years since they allow firms to have greater autonomy and cheaper energy, in addition to helping them stay in compliance with carbon emissions reduction targets.

“This has been growing fast and it's an interesting mechanism because it's negotiated in the free power market, and it doesn't depend on the government, so it's a way for firms to have more participation in the search for more renewable power use,” she told BNamericas earlier this year.

Almost half of the six-year budget will be outlaid this year, according to the Medellín-based company.

The sector has grown despite the COVID-19 crisis, so many companies are looking to invest.

Why Brazil’s southeast stands out in solar distributed generation