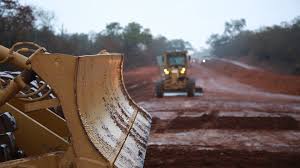 President Alberto Fernández this afternoon led the presentation of Argentina Construye, a federal public investment program, the objective of which is to build health infrastructure, equipment and housing, amidst the emergency caused by the coronavirus.

“The construction of housing is a very good way to start up an economy that was very long overdue, because it has a multiplier effect, and because we don't have to import much of what is needed to build it anywhere, as we do it ourselves,” said Fernández.

"Today, with this plan, we're regaining the concept of solidarity," said the President as he called for the construction of "a society that integrates everyone, not one that excludes and even less that pretends that the other doesn't exist."

The works will be the responsibility of the ministry of territorial development and habitat and will be coordinated with local governments, SMEs, cooperatives, unions, mutual organizations and independent workers.

The president was accompanied by the chief of staff, Santiago Cafiero; the minister of territorial development and habitat, María Eugenia Bielsa; the head of Anses, Fernanda Raverta; the president of Banco Nación, Eduardo Hecker; the undersecretary of integration and training policies, Daniel Menéndez, and the person in charge of the national institute of associativism and social economy (INAES), Mario Cafiero.

"This task that we're going to start is very important because it's going to generate work," said María Eugenia Bielsa, explaining that "the programs were designed and requested by the cabinet chief so that they can have reach all the provinces rapidly," and so it is possible to work “through the municipalities and community organizations.”

The plan involves an investment of 29bn pesos for the construction of 5,500 homes, the refurbishment of 42,900 units, in addition to the delivery of 204,000 microloans for the purchase of materials, and the creation of 1,250 health centers throughout the country.

In addition, it entails the creation of 2,000 urban lots with services available for construction, the provision of community equipment for emergency care, and the granting of mortgage loans for the different lines of the program.

Argentina Construye entails different lines of work that include improvements in community organizations, expansion, refurbishment, distribution of lots with services and construction, in addition to the improvement of the delivery of microloans, household gas connections, health centers, community facilities and improvements to neighborhoods.

BNamericas provides a roundup of infrastructure and water news from Chile, Bolivia and Argentina.