At a glance: Argentina's lithium market 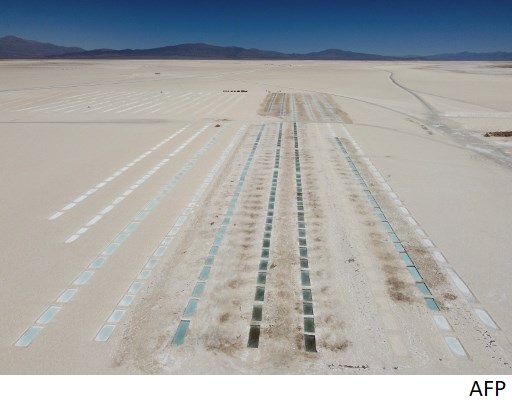 Argentine officials are betting heavily on lithium as a growth driver and export generator.

"Argentina is positioned as a key country in the context of the energy transition toward green energies because the world will need more and more lithium for energy storage," mining development undersecretary Pamela Morales told the Argentina & Latam Lithium Summit in Buenos Aires.

Mining represented 4% of exports last year, or some US$3.22bn, expected to reach US$4bn this year.

However, “we are not taking advantage of our potential,” Morales said, adding that mining could take advantage of diversifying the productive matrix with more industry and more suppliers.

Morales said lithium exports are expected to grow exponentially to US$6.1bn by 2025.

"It is expected that with the constructions that are underway, current production will increase six-fold in this decade," Jorge González, national director of mining promotion and economics, said at the event.

Lithium projects worth over US$5bn have been announced, and in 2020 some US$85mn went to the segment, according to González.

From the end of next year, three projects worth US$1.39bn will add 75,000t/y of lithium carbonate.

González said 96% of mining mergers and acquisitions are related to lithium. He added that "a lot of variation in the composition of the ownership of lithium projects" has occurred in recent years, highlighting the entry of Chinese companies.

The project will use a novel lithium direct extraction process, developed by Eramet and facilitated by Veolia technologies.

Want to read more information about At a glance: Argentina's lithium market?