The ultimate outcome of the current legal wrangling between Mexican renewable power developers and the government over attempted changes to energy regulation may still be unclear, but the momentum behind the investment in solar power will be hard to derail.

The July 2020 assessment produced by local solar association Asolmex shows that US$8.85bn has already been invested in solar power, including large-scale and distributed solar generation projects.

Mexico currently has 5.687GW of installed capacity of solar power, and another 2GW is expected to come online by end-2021.

Asolmex noted that Mexico has the seventh largest potential for solar power generation worldwide with 85% of the territory considered optimal for generation and the other 15% still considered good.

Meanwhile, the industry has generated some 64,000 jobs along the value chain (more than 55,000 in the large-scale segment and 9,000 in distributed solar). 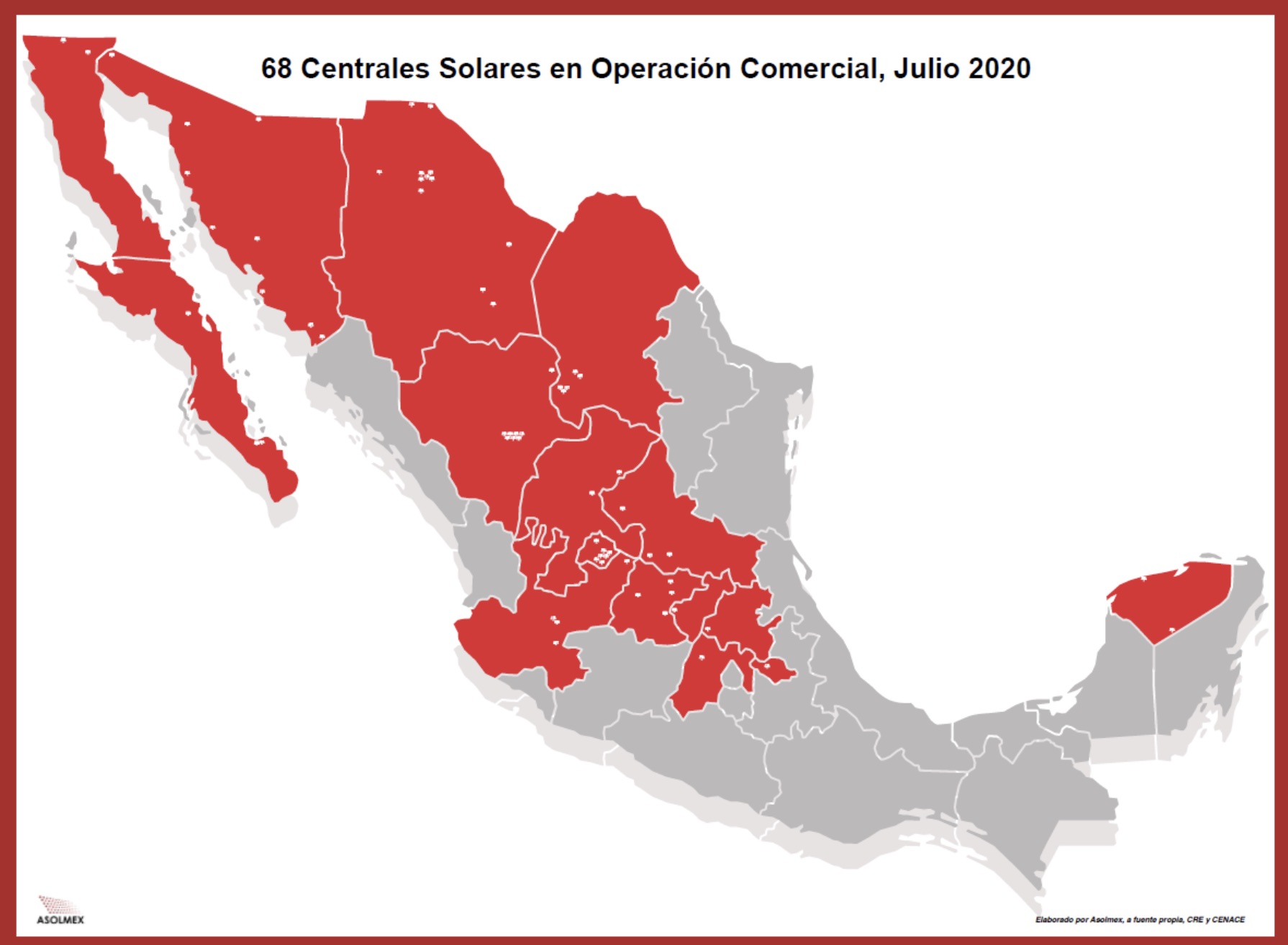 The industry has made some headway in blocking recent energy ministry and regulator moves, specifically a massive rate hike for generators with self-storage contracts and the attempted introduction of a “reliability” policy that would allow the electric grid operator to halt pre-operative testing, essentially keep new solar and wind offline during the COVID-19 emergency.

But the first major setback occurred with President Andrés Manuel López Obrador’s cancelation of the already delayed fourth long-term energy auction in 2019, a situation that at least one analyst sees as costing the country around US$12bn in investment.

Much was achieved with the previous three auctions, with 37 bids winning concessions amounting to 5.096GW. Of these, 23 commercial solar power plants are already up and running with 3.217GW of capacity.

“It’s a bit risky to say how much is being lost in investment, but annually the long-term auctions of electrical energy committed investments of around US$3bn,” said Víctor Ramírez, spokesperson for Mexican climate and energy think tank PMCE, speaking at a recent conference on the power sector.

If one includes the loss associated with expected auctions for two transmission lines valued at around US$1.5bn each, Ramírez added, the amount would be US$12bn just to this year.

He said that investment “could have come to Mexico and could have generated lower electricity costs,” in addition to helping the country reach its international commitments to mitigate polluting emissions by 2021.

“They are investments that are not taking place, and instead we’re tending to increase prices or having to subsidize the consumption of electrical energy in the country,” said Ramírez.

According to energy regulator CRE, total generation capacity in Mexico over distributed networks could reach 3.2GW within four years with roughly half a million micro-generators.

Asolmex president Héctor Olea said, “The growth trend in solar rooftops confirms its potential to consolidate itself as one of the most successful and competitive forms of generation in Mexico,” adding: “SMEs and marginalized communities are expected to be the largest beneficiaries of this expansion.”

BMW and Evergo plan on deploying thousands of vehicle charging stations in and around Mexico City.

Want to read more information about At a glance: Mexico's solar generation landscape?