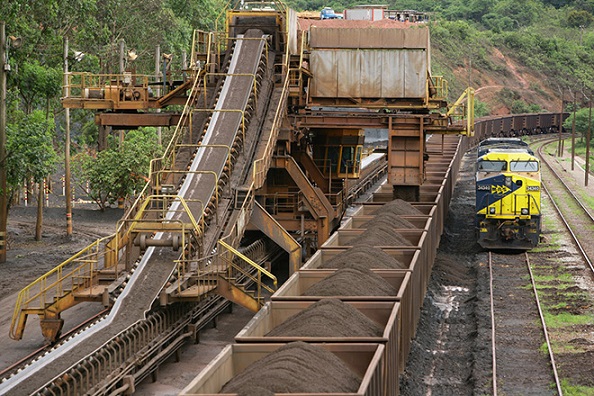 Amazon Web Services (AWS) is in discussions with different industry verticals in Brazil, especially mining firms, about deployment of edge computing services within the scope of private networks.

According to local country manager Cleber Morais, who spoke Thursday with a group of Brazil-based journalists, some implementations are underway.

“You can imagine within a mining company, which is increasingly collecting different types of data, the need to have processing capacity at the cutting edge. We have been doing a lot in this regard with the industries, including some things in Brazil,” Morais said.

Edge computing brings the data processing capacity closer to the edge of the network. Hosting applications closer to the end-user means that data does not have to cross the internet to be processed in locations around the world.

As a result, the lag, or the latency, significantly decreases or can even be eradicated as data is both captured and processed closer to the end-user.

In Brazil, among the largest mining companies advancing with private networks is Vale.

Since 2019, the iron ore giant has a contract with Telefônica Brasil and Nokia for the installation of dedicated 4G LTE cellular networks, with a potential upgrade to 5G, in some of its main sites.

This connectivity will support the automation of Vale's operations and the use of autonomous vehicles, among other initiatives.

Asked if AWS was working with Telefônica and Nokia for edge computing in Vale's project, Morais said: "There are things we can't talk about right now."

On the side of telcos, progress is slower.

AWS and Vodafone in the UK recently announced the launch of the Wavelenght edge computing service for Vodafone's business customers.

AWS also has agreements with US carriers for Wavelength. The service is not available in Latin America.

In Brazil, Telefónica began testing another AWS edge service: the Outposts. Outposts are small servers fully integrated into the company's cloud and installed within the structure of operators, eventually within a mobile antenna.

The size of a refrigerator, or even smaller, they work as an “on-premise AWS cloud.”

Telefônica's objective is to test the solution in the wake of a 5G core network, whose business cases will require data processing at the edge.

With edge data collection and processing, it is possible for telcos to offer new services and technologies, said Morais.

“This is inevitable. More and more edge processing power will be necessary. We have edge computing on the radar with other operators in Brazil as well,” Morais said in reply to a question from BNamericas.

“We are testing models, tapping the ground. But when you have Verizon, Vodafone, Telefónica trialing that, it's just a matter of time [that different edge computing services reach LatAm operators]."

Other telecom operators in Latin America who are AWS customers - for overall cloud, not edge computing - include América Móvil, Telecom Argentina, Millicom and Oi.

AWS counts the four main telcos in Brazil as clients except for TIM. The Telecom Italia-owned group opted instead for a multi-cloud approach with Oracle and Microsoft to migrate 100% of its datacenters in Rio de Janeiro and São Paulo to the cloud.

Under the contract, all TIM's services such as billing, CRM, support, sales and digital channels will be transferred to the cloud.

As a result, over 2,500m2 of TIM's datacenters will be vacated. Equipment will be sold and the datacenter in Rio will be repurposed. The fate of the property in São Paulo, owned by third parties, is yet to be decided.

In May last year, TIM Brasil had already hired Google Cloud to use the company's cloud platform to do big data, analytics and machine learning.