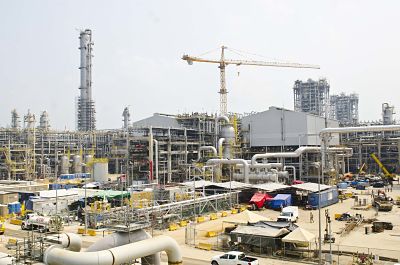 In a surprising move after a disagreement with national oil giant Pemex that led to months-long negotiations last year regarding a gas supply agreement, which saw the government interrupting the plant's supply of natural has and disrupting its operations for 29 days, the company has decided to continue expanding activities at its Etileno XXI complex.

According to a Bloomberg report, the plant’s expansion would be ready in 2025 and will involve additional investments in the ethane import terminal that resulted from last year’s negotiations with Pemex, which is expected to cost US$400mn and be completed in 2024. That unit is now 40% complete, the company said recently.

That project is expected to be able to fully supply Etileno XXI’s demand for 66,000b/d of ethane and has space for future expansion as the complex grows.

Last year Pemex was able to secure a new contract to replace a previous deal to supply 66,000b/d for 20 years starting in 2010. The updated deal commits Pemex to supply 30,000b/d of ethane to the plant until the ethane import terminal is finished, or by February 2025 at the latest.

Tensions had been building for years between Pemex and Braskem, given the former’s mounting difficulties in meeting its ethane supply commitments. As ethane feedstock supply in Mexico gradually shrank, Pemex was forced to limit supply in order to feed its own production lines.

Mexican officials had previously insisted full refining capacity would be reached next year.

Blinken set to visit Mexico with eyes on energy