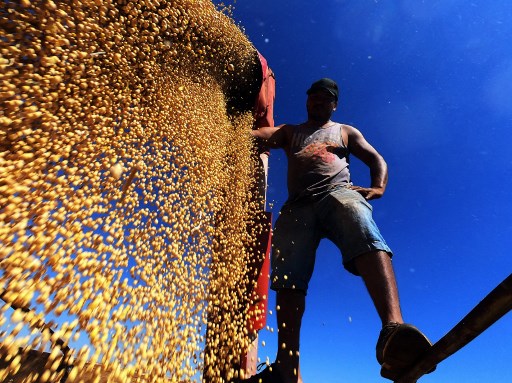 Stakeholders in the Brazilian mining sector are stepping up talks on increasing domestic production of minerals required to make fertilizers, particularly given the shortages generated by the war in Ukraine.

Last week, representatives of mining association Ibram and members of the public prosecutors’ office (MPF) held a panel to discuss measures to boost investments in mining projects that produce these minerals.

"We have several structural problems that limit our competitiveness. Brazil is the fourth largest consumer of fertilizer in the world and only the 10th biggest producer in the world. It is the only one of the top four consumers that does not have a policy to eliminate dependence on imports or at least to reduce its dependence," said Ibram director of sustainability and regulatory affairs Julio Nery during the event.

"We need to advance a lot with our geological knowledge," he added, according to a Ibram release.

Despite the current challenges, Ibram says that investments totalling US$5.75bn are lined up in 2022-26 for projects involving minerals required to produce fertilizers, chiefly phosphate rock and potash to extract the phosphorous and potassium needed for large-scale agriculture.

Brazil’s dependence on imported fertilizers has rung alarm bells among government officials and business leaders, as Russia’s invasion of Ukraine has led to a drop in imports from the two countries. Both are important exporters, with Russia in particular being the world’s biggest fertilizer producer.

Brazil is the world’s fourth biggest consumer of fertilizers and the largest global importer, being responsible for about 8% of global demand. The country imports around 80% of all agricultural fertilizer used, with Russia supplying around 25% of the total.

In the case of potassium, the situation is even more critical, as the country imports approximately 95% of its consumption.

Brazil mining sector to benefit from war in Europe – minister

Russia's invasion of Ukraine is leading to a reorganization of mining portfolios with a view toward safe havens, mines and energy minister Adolfo S...

The two items a crucial for the direction the sector will take.