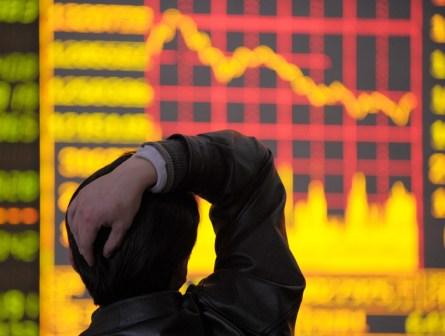 Brazil's economy continues to suffer from downgrades as the OECD cut its global growth forecast on Thursday.

The Paris-based organization said it expects Latin America's largest economy to shrink 4% this year, a downward revision of 2.8 percentage points from its previous forecast.

Brazilian GDP shrank 3.8% last year and the troubled economy will only stabilize in 2017, OECD said in a global economy report.

OECD warned that some emerging markets are at risk of exchange-rate volatility, and that the US and Germany will also see a slowdown in their economies.

The Brazilian central bank came out on Thursday with its IBC-Br economic activity index and this only confirmed the bad news surrounding the economy. Economic activity contracted 4.11% in 2015 and by 0.52% in December alone.

Analysts had expected a full year contraction of 3.8%.

All of this comes on the heels of Wednesday's announcement from Standard & Poor's that Brazil's credit ratings had been downgraded again.

"It is hard to envisage Brazil returning to positive growth until its political uncertainties recede," S&P said.

Brazilian finance minister Nelson Barbosa, however, said on Wednesday that the downgrade would be temporary.

"The ministry of finance believes that the downgrade of Brazil's rating is temporary and will be reversed as soon as the results ongoing measures start having an effect on the economy, leading to fiscal rebalancing and recovery of growth," he said in a release.

Analysts do not think the downgrade will have a significant effect on the economy, according to local publication Estadão.

Kinea Investimentos chief economist, Luis Fernando Horta, believes that, despite an earlier-than-expected downgrade, effects on the market should be limited.

"This may have some impact on the stock market, with some foreigners reallocating resources, but for interest and exchange rates, the effect is small," he said. "What is driving the local market now are the reforms that could happen this year but, in my opinion, there is very little chance they will get off the ground."

The constitutional amendment is aimed at maintaining social programs to help low-income families, such as Bolsa Família, during the first year of t...