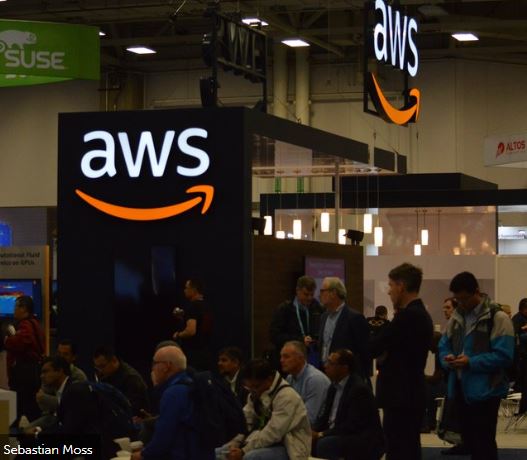 Itaú Unibanco, Brazil’s largest private sector bank, will migrate 60-70% of all services and systems to the cloud as part of a 10-year contract signed at the end of 2020 with global public cloud leader Amazon Web Services (AWS), the bank’s CIO Ricardo Guerra said on Wednesday.

Around 30% of the bank’s workload have been moved to AWS’ cloud as part of this process and the perspective is to reach around 45% by year-end, ramping that up until the goal is reached in coming years, Guerra said in reply to a question by BNamericas at a press conference at the AWS Brasil event.

Guerra claimed these to be “quite significant figures” considering the bank’s massive and complex IT infrastructure and systems. Also, while the final percentage might turn out even higher, Itaú does not want to migrate everything.

“In this new network architecture we are creating, not all platforms need to be migrated. I have a number of platforms that are 'commoditized',” Guerra said.

Currently, Itaú’s remaining on-premise infrastructure is concentrated on its datacenter in Mogi Mirim, greater São Paulo region. Guerra did not provide details about the bank’s strategy for the site, but suggested it might not make sense keeping it up and running with only 20% of on-premise equipment.

Itaú previously said it wanted to migrate 8,000 legacy services to the cloud. Services that are already fully in the cloud include the platform that processes Brazil’s instant payment system, PIX. This internal platform, according to Guerra, was created as a virtualized one.

Most of the systems related to accounts, credit and debit cards, and investment services, have been migrated and Itaú is now kick-starting the process with its loan-related systems, he said.

In 2021, the bank carried out over 100,000 implementations, among IT solutions, features and overall technology roll-outs, by leveraging AWS’ structure.

According to Guerra, this volume was 17 times greater compared to 2016 levels, for example.

Although agreement terms are not public, the contract with Itaú Unibanco is among AWS’ biggest in Latin America. AWS Brazil cloud manager, Cleber Morais, said negotiations with Itaú lasted around six months before leading to contract signing in November 2020.

The two firms jointly certified over 1,800 professionals for AWS platforms in 2021, the largest such program in Latin America.

Guerra also said the bank has been reducing its operational IT costs quarter after quarter following AWS’ contract, but did not provide figures.

A team of 14,000 people is dedicated to technology and IT at the bank, of which roughly 80% to systems modernization.

The bank’s 2030 iRetail program is intended to accelerate the integration of digital and physical customer services for better synergies. Itaú calls it a phygital strategy, in which customers choose the type of relationship, and of which the AWS deal is a critical part.

According to consultancy Canalys, AWS accounted for 31% of global enterprise spend on cloud infrastructure services in Q2, up 33% year-over-year.

Azure followed with a 24% market share, after growing 40% per year. Google Cloud grew 45% in the last quarter and accounted for an 8% market share, the consultancy said.

In the last two years, AWS has increased its investments in the country in the wake of growing cloud adoption, having announced an investment of 1bn reais (US$189mn) for the 2020-22 period.

Both AWS and Microsoft continue to expand infrastructure around the world and in Latin America in particular. AWS currently has 84 global cloud zones and 26 cloud regions.

Among these new AWS' regions is Chile, where the company is developing a US$205mn project in Santiago.

AWS has three such structures in place in São Paulo, Rio de Janeiro and Fortaleza. It is also increasing its partnership with local telcos, such as TIM, Oi, Claro and Embratel.

The new section, which was not originally projected, would allow the closure of the fiber optic ring and give greater reliability to the provincial...

Want to read more information about Brazil’s Itaú to migrate most of its systems to AWS cloud?