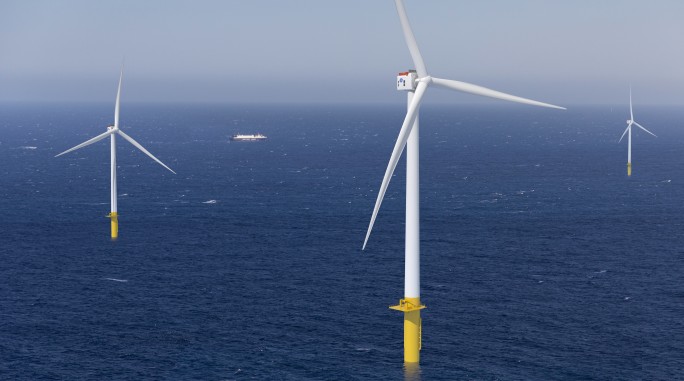 Brazil could develop 700MW in offshore wind power projects in waters up to 50m deep, according to a study by federal energy planning firm EPE.

The country currently has 15,377MW of operating onshore wind farms, accounting for 9% of total power generation capacity. The EPE study used the annual average wind speeds and the capacity of turbines used in countries where the market is more developed, such as the UK. Brazil only began discussions on regulations for the offshore wind power industry last year.

“Brazil has the potential to develop up to 7TW in all its area, of which 700MW are in shallow water areas with wind speeds of between 7m and 7.5m per second,” EPE energy research analyst Mariana Especie told BNamericas. “However, the study did not exclude areas with restrictions, such as environmentally protected regions or places with other uses, like oil and gas exploration, so this number could be reduced.”

However, the country would need to develop new transmission infrastructure.

“Wind parks near the coast, at distances less than 10km, have relatively low transmission costs, which makes exploring lower capacity projects, with a smaller number of turbines, feasible. More distant parks, however, are only feasible if they generate large electricity volumes, due to the high transmission costs,” the study states.

Latin America’s first offshore wind power generation initiative is in Brazil’s northeast region and involves a pilot project being developed by federal oil company Petrobras and Norway’s Equinor, and supported by R&D investments. The park will be located off the coast of Rio Grande do Norte state with installed capacity of between 6MW and 10MW and is due to start operations by 2022. Other oil firms, such as Total and Enauta, have also shown interest in such projects.

Some of the main difficulties for offshore wind parks in Brazil include not only the lack of regulations but also the lack of a supply chain and the need to adjust ports to serve the industry. EPE points to the possibility of integration between the oil and gas sector and the offshore wind sector, which could allow suppliers to serve both industries.

Another challenge is the high costs associated with offshore wind projects, ranging from US$3,000 to US$6,000/kW, or around 10 times more than onshore wind, according to the EPE study. High operating and maintenance costs for offshore projects are another obstacle. On the other hand, estimates show offshore wind projects can produce 50% more electricity than similar onshore plants due to the higher speed and greater constancy of the wind.

Studies from the International Energy Agency show investment in the offshore wind power generation industry could reach US$1tn worldwide by 2040. The full EPE report can be seen here, in Portuguese.

How Vestas is expanding its business in Brazil